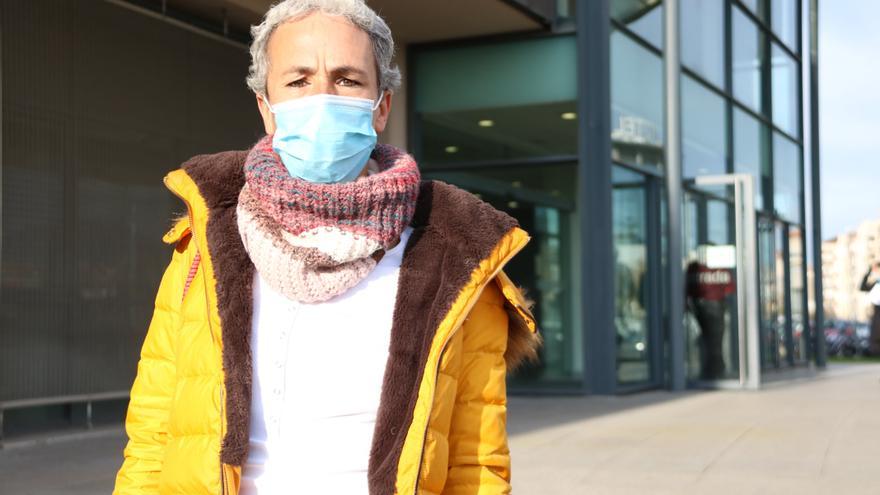 A judge has acquitted the photojournalist Mireia Comas, concluding that there is not enough evidence that she punched an agent of the Mossos d’Esquadra while covering an eviction in Terrassa (Barcelona). The sentence highlights that the “contradictions” in the version of the Mossos – which denounced Comas – lead to “serious doubts” about the accusation.

In the sentence, the judge concludes that it has not been possible to demonstrate that the defendant, for whom the Prosecutor’s Office requested a year in prison, intended to act against the “legitimate intervention” of the agents or their physical integrity, so he does not see possible ” to speak rationally “that there is” sufficient proof of charge “to attribute a crime of attack to authority.

The photojournalist alleged that she was arrested on October 13 in an “inadmissible” manner by a mossa d’esquadra violating her right to information when she was covering an occupation of a flat in Terrassa, while the agent who detained her maintains that she tried to push her and who punched him twice in the shoulder to enter the area where another arrest was being made. Comas has documented numerous evictions and how several young migrants survive in an abandoned warehouse in Terrassa.

The magistrate of criminal court 3 of Terrassa highlights the “contradictions” in the statements during the trial of the agent, other mossos who participated in the eviction and the police report that collected the facts. The different versions, adds the judge, make it difficult to attribute the injuries suffered by the police to a “prior conduct of the accused.”

In fact, the judge highlights that the forensic doctor declared in the trial that the injuries that the mossa presented were “more compatible” with an immobilization maneuver practiced in the course of an arrest than with a direct contusion such as the one he attributed to the photojournalist . “It must be concluded that the evidence practiced in the act of the oral trial results in an absence of sufficient elements to distort the principle of presumption of innocence, and there are rational doubts about the way in which the facts occurred and the guilt of the accused”, the judge ditch.

The mossa assured that the photojournalist was very nervous at all times and that she had “a lot of ties” with the woman who was going to be evicted – and that she also ended up being detained -, so at the time of removing this person from the property, Mireia Comas caught her by her vest and threw her against the wall, pounced on her and punched her twice in the shoulder. However, the judge points out that the version of the mossa “differs” from what is collected in the police report, in that it is noted that they grabbed her by the vest and pushed her against the wall and there was a struggle, “without any reference to the existence of two punches to the shoulder ”

The alleged blows were “added by the injured party in her statement in the investigation phase,” the judge says, who observes a second contradiction with the version of the mossa: another agent who participated in the eviction explained in the trial that he saw the photojournalist giving his partner two punches when they were inside the home, although in his statement in instruction he assured that the clash was once they left and did not mention the two punches.

For all this, the judge concludes that it has not been possible to “duly” prove that the photojournalist, who was accredited as such to be able to work during the eviction -in which another person was arrested-, approached the mossa in a violent way, the He would grab her waistcoat and push her against the wall, as well as give her two punches in the right shoulder. In this case, the Department of Internal Affairs (DAI) of the Mossos d’Esquadra opened an internal investigation to clarify whether the police action in which Mireia Comas was detained respected the right to information, which must be guaranteed in police interventions.