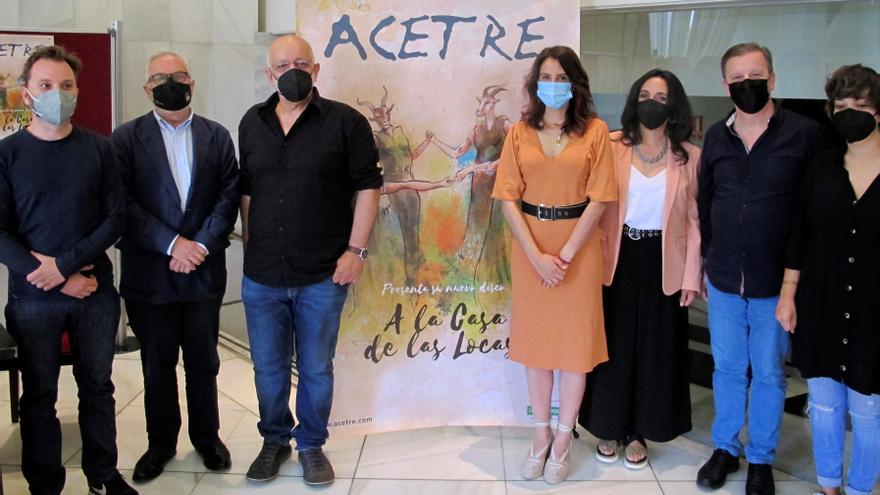 Badajoz, May 26 (EFE) .- The Extremaduran band Acetre has presented its eleventh work, “A la casa de las locas”, where sounds that resonate “fresh and current” are rediscovered, to investigate the different Extremadura that the group perceives , from the laborious to the festive, from the magical to the open to the world.

The member of the formation José Tomás Sousa has explained to the media that this work is “a new journey” through the traditional music of Extremadura and the border area with Portugal, through its most peculiar rhythms and genres.

This task makes it possible to rescue music from memory, which is returned to the present, transformed and reworked through an updated language that allows “rediscovering and understanding it”.

“They are old melodies and tunes that the voices and instruments of the band manage to resonate and make them current again,” he said.

“A la casa de las locas” takes its name from the song that opens the album, a song collected by Guijo de Galisteo (Cáceres), which is accompanied by 12 others with a variety of themes, from romances to round songs, love songs, burlesques , work songs and religious songs.

With these themes it is intended to reflect “the different Extremadura” that the formation perceives, the magical, the mystical, the laborious, the festive, the open to the world or the borderline and borderline.

The latest album by the Olivenza band is “eminently vocal”, without missing the instrumental sounds, with a prominent presence of women’s voices, thus praising their role “within traditional music”.

In line with this eleventh album by the group, the video clip “A la casa de las locas” has also been recorded, filmed in the palace of the Counts of Osorno, in Pasarón de la Vera (Cáceres).

The first of the concerts around this work will be on June 19 in Villa del Arco, in Cañaveral (Cáceres), within the framework of the Naturarte Festival, which will give way to a very active summer in terms of performances in the autonomous community.

They will perform at the López de Ayala Theater in Badajoz on September 11 and at the Gran Teatro de Cáceres on October 9.

For her part, the Minister of Culture, Tourism and Sports, Nuria Flores, has underlined the contribution of the Extremaduran musical group “to reinforcing the cross-border identity” through their music.