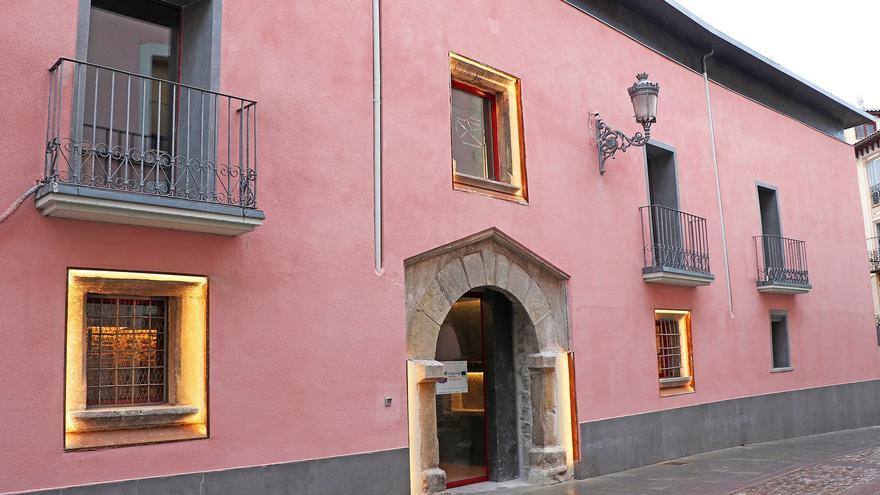 Madrid, Feb 27 (EFE) .- Twelve centuries after the discovery of the tomb of the Apostle Santiago in the place on which the cathedral of Santiago de Compostela would stand, the epicenter of pilgrimage routes in Europe, a cross-border project seeks to do these accessible roads for people with disabilities.

Jacob @ ccess is a cross-border project between administrations and social entities from France and Spain that connects municipalities along the Camino de Santiago to make the historical and cultural heritage of this area accessible to people with physical and mental disabilities.

The initiative, which began in 2016, has been financed with funds from the Interreg VA Spain-France-Andorra program (POCTEFA 2014-2020).

Its objective is to reduce inequalities in access to culture and heritage in the territories crossed by the Camino de Santiago for people with disabilities by creating a cross-border network of accessible infrastructures.

According to Juan Manuel Ramón Ipas, mayor of Jaca, the municipality that assumed the direction of the project promoted by the associations Valentia, KOINE-AEQUALITAS and EVAH (Espace de Vie pour Adultes Handicapés), this project comes to give an answer to the “limitations that prevent people with disabilities from enjoying the Camino de Santiago in its entirety ”.

Ipas reminds Efe that it is not only about adapting the path to people with physical disabilities, but that there are other types of disabilities, psychic or sensory, that have also been taken into account.

Iñaki Çaldumbide, director of EVAH, a social entity that works with the Community of Agglomeration of the Basque Country to promote the project in French territory, says that Jacob @ ccess will allow “each disability to understand at their level what the Camino de Santiago is”.

The new accessible infrastructures include three interpretation centers in Pamplona (Navarra), Jaca (Huesca) and Ostabat (Atlantic Pyrenees), and a pilgrim hostel in Martillué (Huesca) with fully adapted facilities and services.

Despite the fact that Ostabat has only about 200 inhabitants, compared to almost 200,000 in Pamplona and 13,000 in Jaca, Çaldumbide affirms that the relevance of the small French town is that it is the point at which “the three routes of France converge” that they travel the Camino de Santiago.

The mayor of Jaca assures that there have been delays in the completion of the project, especially by the French side, mainly due to the administrative restructuring in which the territorial entity Community of Agglomeration of the Basque Country was created.

This reorganization has led to “delays and changes in perspective”, says the mayor, who, despite this, maintains that the cross-border relationship with France is “continuous.”

Çaldumbide recognizes that, although administrative issues have been complicated at times due to the centrality of France compared to the decentralization of Spain, “human relations are at the same level, always with the aim that people with disabilities can live fully in society”.

Since the Middle Ages, the Camino de Santiago has played a key role in the development of the different cultures that make up the European identity, with features carved into a common space, loaded with memories and crossed by a network of Jacobean routes that serves for communication , exchange and flow of ideas.

Santiago de Compostela has been a focus to which pilgrims from all over Europe have come since medieval times, constituting a true backbone of the continent and a “highway of knowledge” for the dissemination of cultural and artistic movements.

“The Camino de Santiago has shaped our way of being,” highlights Ipas, which dates back to the 11th century, when King Sancho Ramírez of Aragón and Pamplona installed the capital of his domains in Jaca and agreed with the papacy on the route of the road, to explain the cultural influence of the Jacobean route in the Aragonese town.

“It is the backbone, it is what has made culture come here,” he concludes, recalling that before the path was made in two directions, enhancing “cultural permeability.”