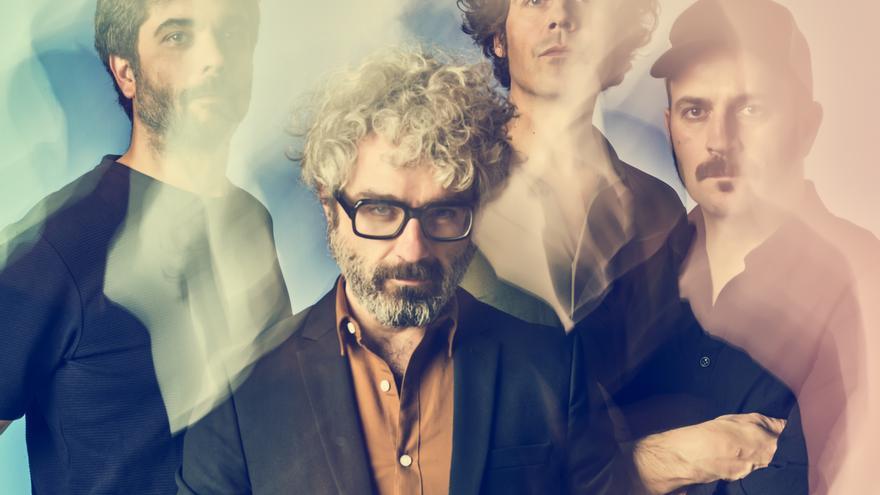 The León Benavente group released their latest album Let’s go crazy in 2019 and managed to feature it on an extensive 60-city tour that ended in early March, just before life came to a standstill. They have not played since September – the almost truce of the summer allowed them to give a concert – but last July 9 they hit the road again to get back in front of the public.

Festivals such as the Cruïlla in Barcelona or the Sonorama in Aranda del Duero are some of its stops if the ‘safe culture’ initiatives work and there is no need to go back to restrictions. The start of his route also coincides with the release of the version of Rafael Berrio’s song entitled Future child. Abraham Boba [pseudónimo de David Cobas], singer and composer of the group, attends by telephone to elDiario.es to talk about the present and the plans of the band.

In 2020 they did what they called ‘The Extraordinary Tour’. How do you face this new journey considering the situation? What will your audience find?

We really want. Some concerts will be more similar to those of last year due to the format, more of a cycle type. And then there are others that will be totally different, like the festivals that are going to be more like the pre-pandemic situation, I guess.

Regarding the repertoire, we have made a new one for this summer recovering songs that we weren’t playing and we will also do a cover version. We have been working on new material for a few months now, but we have never liked playing the songs until they are published and we are going to continue with that dynamic. But we will touch Future child.

What led you to choose this particular theme from all of Berrio’s repertoire?

We followed Rafa’s career for a long time. We met him a few years ago because he came to do some concerts when we were playing with Nacho Vegas in the Basque Country. We found him to be a very authentic guy and a great songwriter. This song, which belongs to the last album he made, we each listened to it separately and then we all agreed that it would be cool to do the version.

We told him about it and we tried to do it with him at the end of 2019 when we were in Donosti, but for one thing and another in the end it was not done [Berrio falleció en marzo de 2020]. But we wanted to record it because we love it, because it’s a great song and it has something of the spirit of León Benavente’s songs. He is also an author to vindicate.

In addition to working on these new issues, you have put out a book called This is not a song (Espasa, 2021). How is the songwriter separated from the poetry writer?

They are languages ​​that are very close and sometimes touch each other, but for me the working method is totally different. I always write the songs with an instrument, a paper and a pen. But with poems I don’t have an instrument and I don’t have to stick to the melody, there are only paper and pen, so the composition is completely different. Freer in some respects.

But can any of those poems become songs later?

No, no, it is not the intention (laughs). The truth is that I do not like to reuse material normally. When I do something I think from the beginning I know where it is going to develop. And in the case of these poems, one of the things I wrote them for is also because I knew that they were not texts that were to go into songs.

With their first job they received the label of political group, but over time they have been getting rid of it. Has the time come to explicitly position yourself again or do you prefer to stay out of controversy?

We are of the opinion that all songs are political. Another thing is that they talk about politics specifically, that this may be closer to the language that was on the first album. I personally like to keep changing and evolving, I think it is a characteristic of the group. Deep down, whether with a certain language or playing certain themes, those songs are there and there is no reason to be recurrent.

It’s nice to find other ways to talk about the same things. At least the songs that interest me are always those. In that sense, I don’t think we have stopped being political, far from it. In fact, having a group like ours and running it as we did at our age has a lot of political vindication. To be before life, to take a position before what we are living.

Besides that change in lyrics, how would you say the group has evolved since its inception in 2013?

We are not very to revisit our records. But for example these days that we are rehearsing and assembling the repertoire that we are going to play this summer, which is a bit of a mix of all the albums, I see that there are songs of very, very different styles. And they end up coexisting within the musical language of the group. That is fortunate because normally it is what allows you many times to jump into the pool, move forward and try to change something on each disc. I think that is what moves us and will continue to move us. It is one of the most valuable characteristics of León Benavente.

You said they have new stuff. What can you say about the next album they are going to release? When it will be?

I can’t tell anything yet. I can tell you that it is recorded and obviously we are very happy. And that for us there is a very important change, a very big leap in this album and that we really want to publish it and start playing.

Tell something else. A jump to what? Are they going to start making boleros?

Well, it could be why not? (laughs). No, it’s not a joke. One of the things that has the most value in this group is that we can do many different things and that what moves us each time to make a new album is to be able to explore other paths. And I think maybe this next one is where we have taken it the most to the limit.