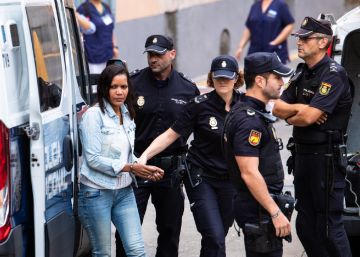 About twenty Civil Guard agents will testify this Thursday during the trial that follows against Ana Julia Quezada, author confesses the death of little Gabriel Cruz. These are experts who will report the wiretaps and made through the microphone that was placed in Quezada's car during the investigation and follow-up that led to the arrest of the woman on March 11, 2018 in Vícar (Almería). They belong to the Judicial Police Operational Unit of Almeria.

The civil guards of the Homicide and Disappeared Group of the Central Operating Unit (UCO) who participated in the registry of the house of Vícar that the defendant shared with her then partner, Angel Cruz, father of the child, and the farm are also called from Rodalquilar, where Gabriel's body remained buried for 12 days.

In the previous three days they have declared the accused, that He confessed to killing the eight-year-old boy, and the child's parents, Ángel Cruz and Patricia Rodríguez, as well as the Civil Guard commanders responsible for the investigation and instruction.