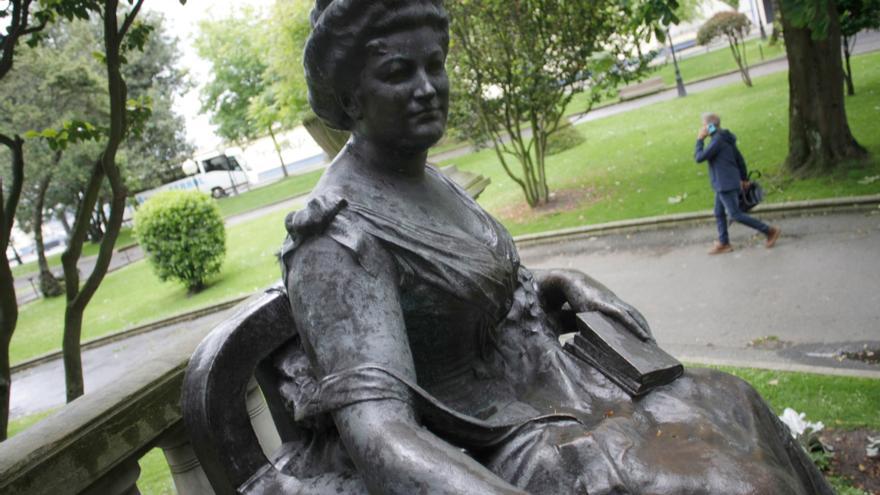 A Coruña, Jul 28 (EFE) .- The international congress on Emilia Pardo Bazán will bring together in A Coruña, on the occasion of its centenary, about one hundred researchers from 40 universities around the world, who will address from their ideology or their feminism, to his literary production, travel, fashion, the arts or gastronomy.

The meeting will be held from September 22 to 25 in the Auditorium of the Rectorate and at the headquarters of the Barrié Foundation in the Herculine capital, where representatives of the best North American and European universities will participate in an unprecedented meeting on the Galician writer, as it progresses the organization.

Titled Emilia Pardo Bazán on her centenary. Literature and life in the 19th, 20th and 21st centuries, will have professors from 20 American universities, such as Purdue, Cornell, Emory or Boston University, and many others from the European University College (London), Pisa and Bologna (Italy) or Amsterdam (Holland), in addition to almost all the Spanish and the three Galician ones.

This high participation “shows the international character and universal value” of the figure, work and meaning of the Coruña writer when the first centenary of her death is celebrated, the organization adds.

The first interventions will be two round tables with the writers Clara Sánchez, Blanca Riestra, José Ángel Mañas, Alfredo Conde and Xosé Carlos Caneiro, and the editors of Password, Hercules, Libros del Viento and SIAL-Pigmalión.

Likewise, to the analysis of the life and work of Cordoba from historicist and biographical perspectives, we will add the scope of both their human and professional legacy and the survival of their vital message today.

To do this, we will seek to delve into the figure of the writer from A Coruña, highlighting that the passage of time has not diminished the validity of her work and emphasizing the necessary task of reviewing her extensive career, with a wide social and cultural scope. .

This meeting has been organized by researchers from the three Galician universities belonging to the research groups Pardo Bazán (USC), La Tribuna (RAG), Dilec (UDC), Hispania (UDC) and Litecom (UDC), together with the interuniversity Doctorate in Literary Studies (UVigo and UDC) and the Department of Letters of the Coruña University.