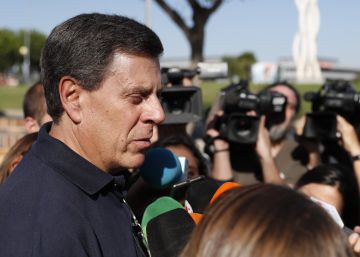 "Everywhere I have seen oceans of sadness," said Antonio Machado. He knew a lot about it. He saw his wife, Leonor, die, that miracle that spring gave him. He flees from Spain, poor, harassed and broken. Palm in Colliure and his mother accompanies him to the other neighborhood three days later. That endless sea of ​​sadness, from depression to perpetuity, was what Juan Carlos Quer's face, look, and expression showed when he saw that his teenage daughter disappeared for a year and In the middle, she was kidnapped, raped, tortured, exterminated by someone who gives identity to evil in its purest form.