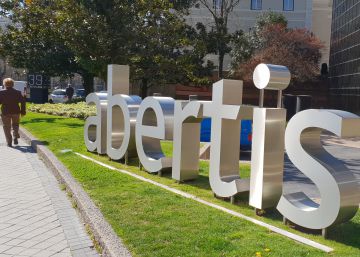 Abertis and GIC, an investment firm that manages Singapore's foreign reserves, have reached an agreement with Goldman Sachs Infrastructure Partners (GSIP) and its subsidiaries to acquire the 70% stake that the fund owns in the Western Highway Network ( RCO). This is one of the largest highway operators in Mexico. The operation will be carried out through a consortium formed by Abertis, which will control the company, and GIC. The remaining 30% of RCO is currently held by investors and managers of Mexican pension funds.

Abertis, which is controlled by the Spanish ACS and the Italian Atlantia, will acquire from GSIP 50.1% of RCO for an amount of about 1,500 million euros, subject to the approval of regulatory authorities and other usual conditions in this type of operations. He Enterprise Value (EV) Total of the Mexican operator is approximately 5,000 million euros. Abertis will finance the operation through a combination of available cash and existing loans. It is estimated that the closing of the agreement will occur during the first half of 2020 through a public offer.

After the closing of the purchase, the RCO figures will consolidate globally in the Abertis Group accounts. RCO has 100% participation in five concessionaires that manage eight highways and total 876 kilometers in total.

The RCO motorway network is one of the most important in Mexico and forms the backbone of the communication routes in the central-western region of the country, connecting the country's main industrial corridor (El Bajío) and its two largest cities ( Mexico City and Guadalajara).

José Aljaro, CEO of Abertis, said that “this purchase is an important growth operation for the Abertis group, with the entry into a country that offers a commitment to public-private collaboration. The operation has been possible thanks to the support of our shareholders, Atlantia, ACS and Hochtief. ”

This project represents for Abertis the acquisition of assets of excellent quality and with great strategic fit for the group, to which it will contribute its industrial development capacity. Abertis adds about 900 kilometers to its network, which thus reaches about 9,500 kilometers of direct management highways. In addition, it contributes to the extension of the average life of the company's concession portfolio.

With the acquisition of control of RCO, Abertis succeeds in replacing the future loss of income derived from the termination of the concessions with other assets with strong future prospects. The new Mexican assets would have contributed to the Group's Ebitda about 375 million euros in 2018.

This transaction represents another step in the international growth strategy of Abertis. Growth operations such as RCO, together with the divestments already carried out in Hispasat and Cellnex, efficient debt management – through refinancing such as those made during the year – and a new plan of efficiencies constitute the Action Plan envisaged by shareholders of the company.

The operation involves the group's entry into the Mexican highway business and consolidates Abertis' presence as a highway operator in America, where it already has a strong presence in Chile, Brazil, Argentina and Puerto Rico. The acquisition of RCO involves the establishment of a new growth platform for Abertis in Mexico, a target market that the company has actively explored in recent years, and that will facilitate the analysis of future opportunities.