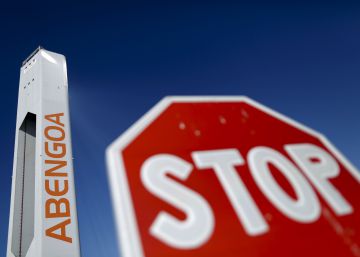 Plan B to save Abengoa’s valuable assets has almost all the ballots to derail, according to the financial sources consulted. The agreement between the potential new investor of Abenewco, the Californian fund Terramar, the creditors, the SEPI –which has to inject 249 million– the ICO and Cesce is almost an impossible mission. The fear of the state rescue fund to lose money and the refusal of banks and hedge funds to inject liquidity and guarantees work against it. The deadline, however, to try to reach an agreement will end on May 7.

Efforts to save Abengoa have dragged on and turned out to be unsuccessful. The strategy, piloted by Ramón y Cajal Abogados, has been focused on aligning all the parties involved. He managed to remove the minority groups grouped in AbengoaShares from the parent company, as the creditors and the Government wanted, and found a formula to remove Abenewco from the parent’s equity sphere.

The rescue of Plus Ultra by SEPI has aroused all kinds of suspicions. The green light for Abengoa’s third bailout, after eight months have passed since it was agreed without it coming to fruition for various reasons, is complicated. The sources consulted point out that it is no longer only the factor of the external investor who would keep 70% of Abenewco, through an injection of 200 million euros –150 million in the form of credits and 50 million as capital–, but the current creditors they would have to inject more money, while the ICO and the insurer Cesce should also intervene. The public bank has exposed its reluctance on numerous occasions to shield more loans for Abengoa, and now these are repeated.

In the absence of a kind of miracle or an alternative plan, the second largest bankruptcy in Spain will take place – now. Abengoa’s liabilities at the end of 2019 were around 6,000 million, behind the 7,200 million of the bankruptcy of Martinsa Fadesa.

The expectations of the Government, despite the fear of using the SEPI fund, are that an agreement can be reached to protect the essential activity of the engineering group. The other alternative would be liquidation through the chopping of productive assets. EY is in charge of captaining, for the moment, the matrix contest. In principle, the first option would allow the preservation of a greater part of Abengoa’s 13,000 employees in the world, with nearly 3,000 in Spain. But that first option is also a difficult task.

Added to SEPI’s fears are the company’s needs for more money. The around 500 million between liquidity and guarantees scheduled on August 6 are now very short. It would take an additional effort from creditors, and some of them distrust the viability of the company. In theory, what caused the failure of the rescue from the beginning was the refusal of the Junta de Andalucía to inject only the 20 million to which it had committed, because it lacked “legal instruments” to deliver that money.

Blue Mountain and KKR accumulate a lot of risk in their operations and the latter fund, Alden and Melqart, are present in one of the holding companies. Santander is highly concentrated in guarantees and Bankia, CaixaBank and Credit Agricole are also present. Precisely, the guarantees and guarantees, for around 800 million, are already being the target of Abengoa clients, who can request their execution when the defaults in the start-up of the projects begin.

The small shareholders grouped around AbengoaShares, with more than 15% of the capital and led by the former president of Amper Clemente Fernández, have been opposed from the beginning to the rescue plan drawn up by the former president of Abengoa, Gonzalo Urquijo. They were granted 2.7% of Abenewco, a percentage that the parent company, the listed company, would have. This ceased to be negotiated by order of the CNMV on July 14, and everything indicates that it will never do so again.