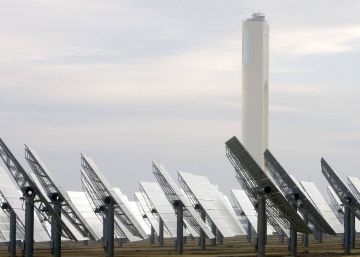 Abengoa has registered a net profit of 2,171 million euros in the first nine months of the year, compared to losses of 213 million euros in the same period of the previous year, as reported by the company on Tuesday. The engineering and renewable energy group has indicated that this benefit was due mainly for the purpose of restructuring by recognizing the new financial instruments issued at fair value.

Abengoa's gross operating profit (ebitda) at the end of September stood at 195 million euros, with an increase of 44% due to the margin generated in the Concessions segment due to the start-up of its A3T project and the reduction of overhead. The group chaired by Gonzalo Urquijo has increased its sales figure in the first nine months of 2019 by 19%, to 1,069 million euros.

Abengoa's gross financial indebtedness decreased by 39% compared to September 2018, amounting to 3,447 million euros, including 1,229 million euros corresponding to debt of companies classified as held for sale and 631 million euros of financing from Projects.

In the first nine months of this year, the company reached a contract of 795 million euros, thanks to the award of new projects in the United Arab Emirates, Chile and Spain, among other countries.

Among the awarded projects stand out that of Taweelah, the world's largest reverse osmosis desalination plant with a capacity of 909,000 cubic meters of seawater per day that will guarantee the water supply to the city of Abu Dhabi throughout the year, valued at more than 700 million dollars (about 634.2 million euros) and being the part corresponding to Abengoa of approximately 243 million dollars (about 220.1 million euros) in the next three years.

Taking into account these awards, the group's engineering and construction portfolio amounts to approximately 1,670 million euros.