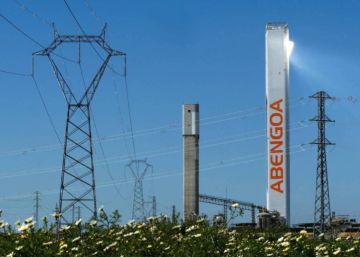 The Abengoa board, its advisers and also the creditors see the entry of SEPI into the operating subsidiary Abenewco as almost the only solution to save valuable assets, according to financial sources. The delay in the rescue, signed on August 6, has triggered the company’s needs. The solvency fund, with a firepower of 10,000 million euros that depends on the Ministry of Finance, is very limited by its regulations, but the sources consulted indicate that the Andalusian group will propose a formula that allows its intervention. Some 14,000 jobs are at stake, 3,000 in Spain.

The rescue agreed seven months ago between banks, the ICO, the state-controlled insurer (Cesce) and the Junta de Andalucía added more than 500 million euros in guarantees and liquidity. On Monday, February 22, the directors of the listed company, in pre-competition since the summer, took the next step by requesting the competition. Creditors had not endorsed further extending the extensions for the rescue of the group. The money promised by the government chaired by Juan Manuel Moreno Bonilla never arrived –in theory, due to the lack of adequate legal instruments–, which paralyzed the entire process.

Abenewco’s debt last July amounted to 466 million, and the objective was for it to rise slightly, to 528 million, despite the planned injection of liquidity of 230 million. This kind of miracle would be carried out through a process of several withdrawals and capitalizations.

Abengoa, which is being advised on its judicial strategy by Ramón y Cajal Abogados, is now looking to SEPI, with the aim of proposing a rescue plan that can be approved by the Council of Ministers. The minority, with Clemente Fernández at the helm, have already put an amount to that rescue, for 250 million euros. But the figure that is finally requested will depend on the agreements of the creditors, among which Banco Santander, Bankia, CaixaBank, Bankinter, KKR and Credit Agricole stand out.

It also depends on the possible participation of the venture capital fund that before everything exploded was willing to inject up to 10 million euros more than Andalusia – 35 million in total – to close the operation.

The participation of the ICO and Cesce is also on the table, according to creditor sources. The Government even authorized the intervention of the public bank in companies in bankruptcy at the end of last year with a line of more than 2,500 million euros intended exclusively to protect the liquidity of companies in this situation but that are complying with the payment schedule agreed in agreement.

The former president of Amper, Clemente Fernández, would have taken control of the parent company today if it had not been for the measure agreed last Friday by the judge who leads the contest, Miguel Ángel Navarro Robles, from the commercial court number 3 of Seville .

Who supervises the bankruptcy of the parent company, and in its day, back in November 2015, was in charge of the first pre-competition of the engineering group, suspended the shareholders’ meeting scheduled for today. In his order, he considered it necessary to relegate to the background “the tensions and power struggles between partners, which ultimately do not represent but one more aspect (and therefore relative or partial) of the complexity of interests that the contest comprises attend, but neither the only nor the most important at the moment. “

The receivership of small investors grouped around AbengoaShares, with more than 15% of the capital, was viewed with suspicion by both creditors and public administrations. Right now, and until the bankruptcy administrator is appointed, the meeting of partners will not be held. And, in any case, the parent company, which is the listed company, is already officially in competition. The sources consulted indicate that here there is nothing to save and that it is doomed to liquidation. Retailers would also lose 2.7% of Abenewco in the plan signed seven months ago. This already included the de facto liquidation of the subsidiary, hence the protests of Abengoa’s small investors.

The roadmap now is for SEPI to intervene directly in the subsidiary with the valuable assets. The experts in bankruptcy law consulted indicate that the most appropriate way would be to remove Abenewco from the patrimonial sphere of the parent company to avoid that the bankruptcy ends up contaminating it.

A creditor agreement that saves the viable subsidiary is also possible, although this scenario is more complex. The consulted law firms indicate that the most appropriate procedure now would be to cut their losses, using the first option, which would involve the acquisition of the parent company. The same creditors could do it. But first of all, the rescue has to be agreed.

“We cannot sell the equality service as just another market product”