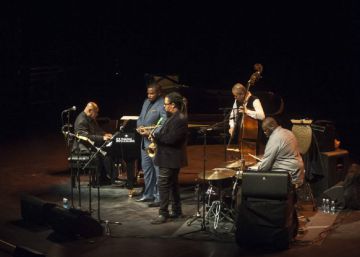 The advance of the programming of 55 Heineken Jazzaldia presented this morning is a true mapping of current jazz. A trip with stops in very different styles and geographical areas, from classicism to the forefront, from the epicenter of North American tradition to the heart of European scenes in vogue, passing through Africa, Japan, Latin America and back to the United States to continue taking the pulse of the most contemporary sounds.

That is exactly the feeling that one has left before the names announced: Jazzaldia, which will take place from July 22 to 26, 2020, seems to want to decentralize its proposals to the maximum, and continue with the tendency to propose a global festival in the which is represented much of the jazz news, in addition to many other styles that populate the poster.

If there is an element present in the artists announced today, it is undoubtedly the piano, king instrument of the genre that in Donostia-San Sebastian It will have an overwhelming and intercontinental representation, starting with the returns to the festival of three of the most celebrated pianists in the last days of the festival: the American Kenny Barron, authentic living classic of the most solid jazz tradition, the Japanese Hiromi, representative of the more overwhelming technique in the instrument, and the South African master Abdullah Ibrahim, whose performance at the festival in 2017 is remembered with particular affection by fans. Apart from them, Panamanian Danilo Pérez, a key member of the Wayne Shorter quartet and one of the great names of the contemporary North American scene, and a trio of leading Italian pianists: Danilo Rea, Rita Marcotulli and Dado Moroni.

Italy will be particularly well represented in the next Jazzaldia, and not only by Rea, Marcotulli and Moroni: the trumpeters Fabrizio Bosso, Paolo Fresu and the extraordinary Enrico Rava, perhaps the most important live European jazz player, will give a good sample of the Italian scene in the festival. As well Joe Magnarelli, excellent tradition trumpeter hard-bop, will stop in San Sebastian, but despite his last name, which shows his Italian origin, Magnarelli is an American of pure strain.

And precisely U.S It is the cradle of the three vocalists announced today for the next Jazzaldia. On the one hand, Sharon Clark, a little-known singer who increasingly enjoys more attention and respect outside his country, and on the other, two of the most important names in current vocal jazz: Kurt Elling and Cécile McLorin Salvant.

Another one that returns, with an extraordinarily interesting proposal, is John Zorn. If your Bagatelles Marathon was already the highlight of the last edition of the festival, in 2020 it seems that the New Yorker will again exceed expectations with a double program more than attractive, starring the return of his Masada Quartet and its expansion in sextet, both groups led by Zorn himself. Used to see him play the saxophone just a few minutes in his concerts of recent years, the possibility of listening again to Zorn, the instrumentalist, in a tour de force With its classic Masada, it is an event.

Zorn will not be the only one who will bring a more modern and risky profile to the festival: apart from him and master Dave Holland, who always offers music of great interest, the presence of drummer Makaya McCraven, one of the luminaries of the new jazz sounds , of the British Ezra Collective, representatives of the hyperactive and effervescent London scene, which is blowing new life to jazz in the old continent, and the explosive Fire! Orchestra The portentous Swedish saxophonist Mats Gustafsson, undoubtedly one of the best formations in the world of European improvisation, with a live out of the ordinary, guarantee that the Heineken Jazzaldia has a good part of its program with an eye on the 21st century.

But it is not all jazz at the festival, and those looking for music that moves away from improvisation or, directly, who drinks popular music, can enjoy both classics such as the Scottish Simple Minds, who will stop in San Sebastian with their tour 40 Years of Hits, as of the legendary Sly & Robbie, important figures of Jamaican music, but also of Leon Benavente, one of the bands of the moment in our country, and three samples of American music of the first order, with Vintage Trouble, the North Mississippi All-Stars by Luther Dickinson and a lively classic: the mythical Graham Nash.