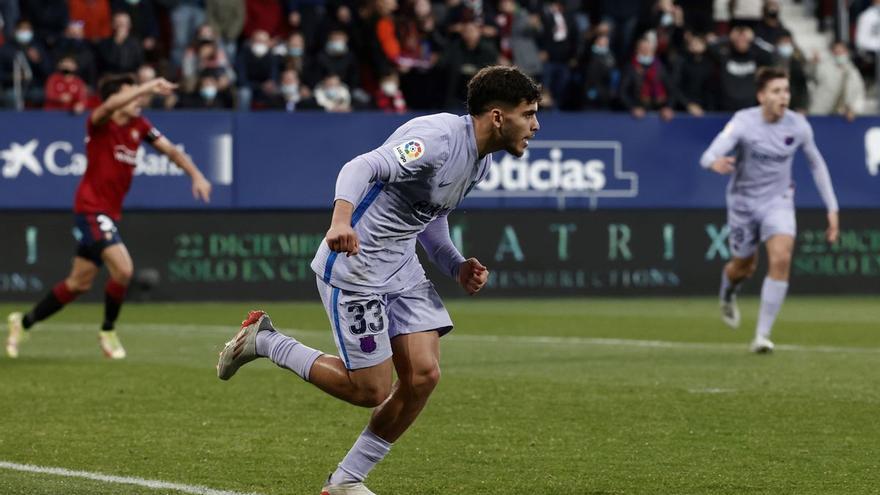 Haaland, Ferran Torres, Sterling, Cavani, Alexis, Bernardeschi, Adeyemi, Vlahovic, Martial, Aubemayang ... Every day a new name comes out to reinforce the Barça forward, decimated by the marches of Messi Y Griezmann, the Aguero's withdrawal and the physical problems of Ansu Fati, Braithwaite and Memphis Depay. Among so many futuribles, the reality of Barça is Abde. Today the great offensive threat against Elche He is a boy who has turned 20 this Friday and who has lived since he was seven in the city of Alicante.

Born in Beni Mellal (Morocco), Abdessamad Ezzalzouli He grew up in Carrús, the poorest neighborhood in Spain according to Tax agency. In its streets and in neighborhood teams it was turning. In 2017 he was playing for Promesas Elche, in the Second Regional, when Antonio Moreno, then coach of the Hercules subsidiary, discovered him. "I was 16 years old, not yet physically developed, but I was very deep, skilled and versatile. He came to do the preseason and did very well and stayed with us, "his former coach tells this newspaper. If neither one of his teammates nor Abde's older brother could accompany Elx by car, the coach was the that brought him home, half an hour from the Hercules stadium.

Abde woke up the interest from various First team teams. The Madrid and the Valencia They were close (the Valencian team let him escape for 10,000 euros), but finally it was Barça who risked putting two million on the table. It was on the penultimate day of the market, thanks to what he received from the sale of Ilaix Moriba to Leipzig. While the German club now wants to get rid of the former Barça player, Abde has exploded with the arrival of Xavi. "It does not surprise me, but it is difficult to understand that he makes the leap so soon. He needs some time to adapt to start growing. The more minutes he has, the sooner he will have adaptation. Hopefully he will continue adding and scoring, which is very important." After making his debut in Vigo in Sergi's last game, in the last league match he made his debut as a scorer.

This end of the old ones could not play in Champions not being registered. The Barça You will only be able to register three new players for the Europa League. One of the places will be for Alves, which would leave two more free. If the club gets two more reinforcements, the question would be whether to register the two signings or reserve a place for one of the few good news at the Camp Nou in recent times.

The threat of the Africa Cup

The Barça club now crosses its fingers so that Morocco does not summon him for the Africa Cup, which runs from January 9 to February 9. An appointment that could make Abde miss the Super Cup, the Cup tie against Linares and two league games. And, in the event that his home country reached the final, a couple more league duels and a hypothetical round of eighth cup would be added.