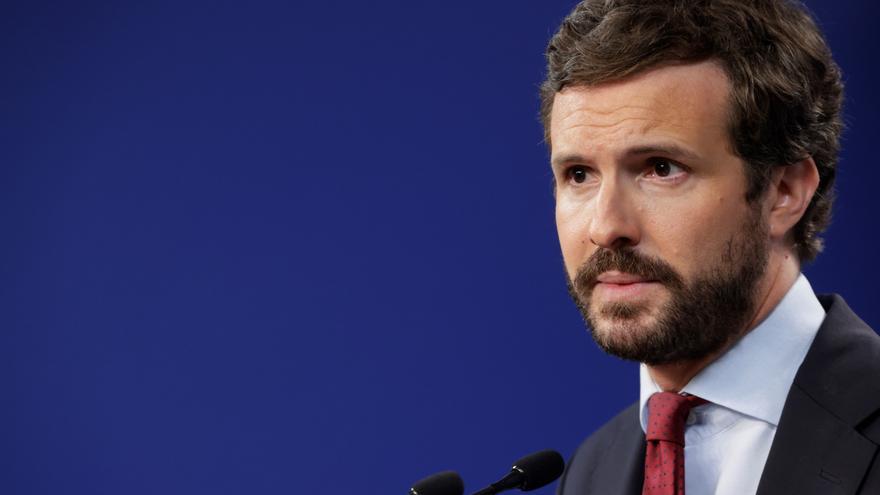 'ABC' has called this Sunday for the resignation of the president of the Popular Party, Pablo Casado, immediately. In an editorial that opened the newspaper's website – an unusual position for this type of content, which marks the editorial line of the medium – the conservative newspaper considers that "the civil war in the PP has become so unsustainable and lacking in negotiated exits, that Pablo Casado must resign as national president of the party in the next few hours".

This medium openly positions itself against the leader of the PP, of whom it affirms that "he has not been able to resolve a crisis that has already infected the party, the bases, the militancy and millions of voters throughout Spain" and whose intervention, this Friday in the Cope, in which he pointed out a possible influence peddling of the Madrid president Isabel Díaz Ayuso in favor of her brother and little exemplary, "it was not that of a pacifying leader of the party willing to lead a solution".

For 'ABC', "it is the party that is at stake" and the crisis would no longer be solved even with the negotiated exit of Secretary General Teodoro García Egea, whose head some leaders are asking for. "It is the electoral brand that will irreversibly remain marked and unusable as long as Casado continues in it," estimates the newspaper, which calls for "an extraordinary congress", which must be held "in April or May, at the latest".

this same Sunday, Thousands of people have gathered in front of the party's headquarters on Génova Street to support Ayuso and request the resignation of Casado. "When more than 4,000 people appear before the PP headquarters demanding his resignation, it is not a theater prepared to continue convulsing the party. It is evidence of a real indignation shared by many militants throughout the Spanish territory," indicates the newspaper, which states that "panic is spreading that any option that the PP had to win the elections for Pedro Sánchez has dissipated".

"The entire party has been in shock, the entire party is contaminated, and it is the entire party that is playing for its future. It is no longer a mere question of regional barons portraying themselves in favor of one or the other, or of continue making calculations of probabilities, or delaying dismissals. The very majority concern is already something else. The PP is in a new phase. The time of this team that succeeded Mariano Rajoy's has run out. There is no solution of continuity . Married must leave today," the editorial ends.