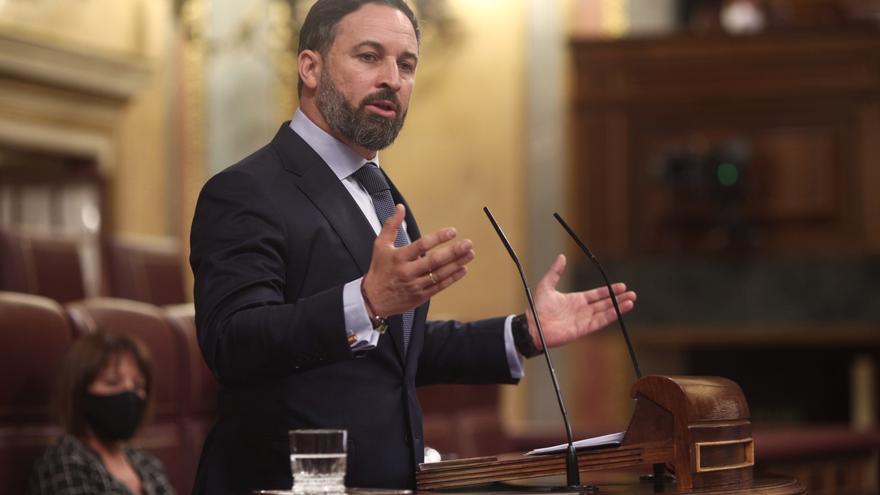 The leader of Vox, Santiago Abascal, still does not include in his declaration of assets and income of the Congress of Deputies the purchase of a 285-square-meter villa in Pinar del Rey, north of Madrid, which he acquired last July, as revealed by the newspaper InfoLibre, for which he applied for a 30-year mortgage of 736,000 euros. The luxurious family home was formalized before a notary on July 23, that is, more than three months ago, and six days before the announcement made by the leader of Vox of the motion of censure against Pedro Sánchez.

A week ago, the spokesperson in Congress for the far-right formation, Iván Espinosa de los Monteros, assured questions from this wording that Abascal would declare his new home “when he deems it most convenient.”

The regulations of the Chamber oblige parliamentarians to present a new declaration of assets “when there is a change in their circumstances.” In the case of Abascal, he should have updated the statement presented on November 20, 2019, after the general elections of 10N, in which 44,143 euros of balance are collected in his current account, in which he assures that he does not own any home or have a mortgage. In 2018 he earned 55,148.54 euros for his position as president at Vox, which added to what he perceives as a parliamentarian reaches 120,000 euros per year.

In that document only two vehicles appear in his name: a Jeep Commander SUV and a BMW motorcycle. There is a debt for two personal loans of almost 12,000 euros, 1,500 euros less than in the previous legislature.

According to Infolibre, the 30-year mortgage loan for the Vox leader and his family has been granted by Banco Sabadell. In the Land Registry it is detailed that the house is located on a plot of 285 square meters, of which 185 constitute the constructed area and 100 correspond to the garden. The house has two floors with five bedrooms, living room, kitchen and two bathrooms.

His silence collides with the repeated criticism that the leaders of Vox have used as a political weapon against the leaders of Podemos for the purchase of the Galapagar villa. A real estate operation that involved a mortgage of 540,000 euros, also for 30 years, granted by the Caja de Ingenieros to the couple formed by the second vice president of the Government, Pablo Iglesias, and the Minister of Equality, Irene Montero.

The loan now facing the leader of Vox is 736,000 euros, almost 200,000 more than that of the leaders of Podemos, who since 2018 have paid a monthly fee of more than 1,600 euros per month (in case they have not repaid part of the loan) . The monthly letter that the Vox leader and his wife are predictably paying is much higher according to the Idealista portal calculator: 2,650 euros at a fixed rate and 2,333 at a variable rate.

It so happens that Congress approved the new Code of Ethics two weeks ago, very demanding with the work rules of the deputies and senators. The new regulations require parliamentarians to be more transparent and oblige them to publish their particular economic interests, and to inhibit voting where there may be conflict. They should also make known in their daily agenda, their meetings with groups of influence or ‘lobbies’, and reject all gifts that are not mere courtesy or relatives.