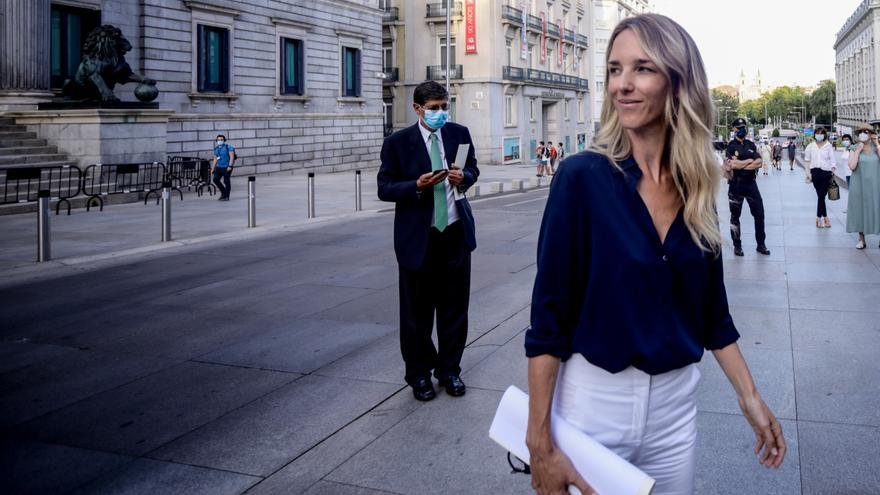 “Long live the king!”. It is the phrase with which the former president of the Government Mariano Rajoy begins a 14-minute video in which 183 personalities from politics, culture, the business world, journalism and sports, among others, repeat the proclamation over and over again , as part of an initiative of the ‘Free and Equal’ platform in support of Felipe VI.

The video, published this Sunday, has been promoted by the PP deputy, Cayetana Álvarez de Toledo, the philosopher Fernando Savater and the playwright Albert Boadella. In it, in addition to Rajoy, the leaders of the PP, Pablo Casado, of Vox, Santiago Abascal, of Ciudadanos, Inés Arrimadas, and the regional presidents Isabel Díaz Ayuso and Emiliano García Page share a leading role with tenor Plácido Domingo, journalists Arcadi Espada or Carlos Herrera, the bullfighter Francisco Rivera, the writer Mario Vargas Llosa or ‘the princess of the people’, Belén Esteban.

During the presentation of the video, its promoter Álvarez de Toledo has defended that “the ‘Viva el Rey’ is a plural expression of the great constitutional agreement of 1978 that today is in danger, which is being undermined.” The ‘popular’ has lamented the absence of the Prime Minister Pedro Sánchez or other members of the Government, also invited to participate, as well as the representatives of all political forces, except EH Bildu. “I must regret that Spain is a country where the Prime Minister cannot say a ‘Viva’ to the Head of State, this shows the serious problems we have in Spain,” he warned.

Sánchez has not been the only one to omit the invitation to participate in this succession of cheers that last for almost a quarter of an hour. In fact, among all the businessmen, trade unionists, elites of science, culture, journalism and sports, as well as the Prince and Princess of Asturias Awards, 183 people responded positively. A figure that could seem bulky were it not for the fact that ‘Free and Equal’ itself recognizes in the video that “the vast majority kept quiet for an answer.”

Álvarez de Toledo has argued that this lack of support for the King does not reflect a dilemma between the monarchy or the republic. “That is not the dilemma that is being raised”, but rather that of “Constitution or chaos”, the deputy has alleged to make a similarity between support for Felipe VI and support for the Constitution, which was, she says, “a pact between different, different “.

Another of the promoters of the initiative, Fernando Savater, has agreed that it is not a question of “starting to argue between the monarchy and the republic”, when the constitutional system, according to him, is being harassed “by a series of forces that do not try to improve it “, but rather” replace it with something that would be much worse than what we have today. ”

The playwright Albert Boadella, for his part, has repeated the argument, expressing long ago by Álvarez de Toledo that Felipe VI is the one who best embodies republican values. “Without underestimating the republican ideals, these are not practiced by those who proclaim them as such, but are defended by our king and much more than the government of the nation,” he asserted.