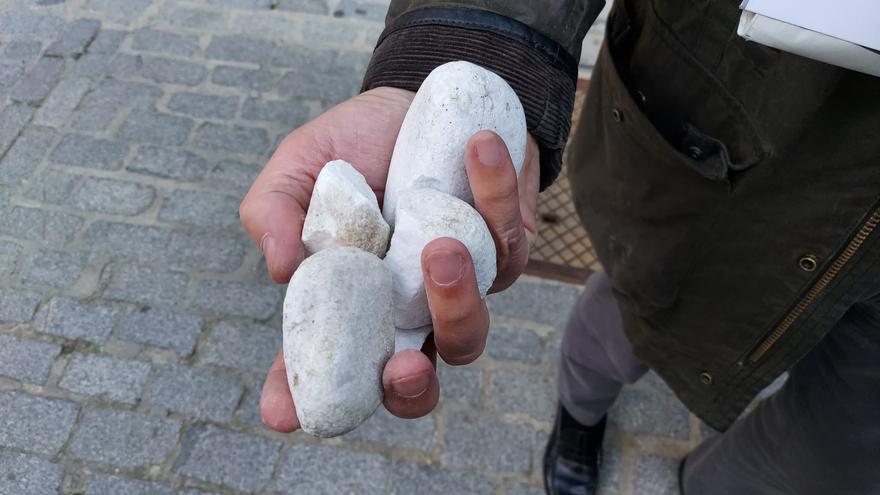 The leader of Vox, Santiago Abascal, has denounced this Wednesday at the last minute that his party has been the object of an attack with stones during a campaign event in Navalcarnero (Madrid). Through Twitter, the top leader of the extreme right has considered “assessing” whether in the coming days he orders the use of violence to his supporters in response to those who try to interrupt his political rallies.

“In Navalcarnero Vox was the most voted party in the last general elections. Today many neighbors were waiting for us to listen to us. But again Marlaska has allowed a gang of madmen, agitated by the press and the other parties, to throw stones, objects and eggs against the attendees. Among other people, they have hit a 10-year-old girl, Irene, with an egg on her head. But since she is a Spanish girl, she will not have the compassion of so many media and political scoundrels who now smile because they have managed to make her cry “, Abascal has assured in his personal profile of the aforementioned social network, accompanying the message with the image of some stones.

Next, the leader of Vox has launched his threat: “How disgusting. Tonight I am going to assess whether, in the remainder of the campaign, we encourage our supporters to defend ourselves from attacks if the police do not intervene to protect our people and stop the aggressors. ”

“I am not going to see another girl cry without grabbing hold of the neck and making the street terrorist who has hurt her available to the police. We are not going to allow the Batasunización of the streets and towns of Madrid. Nor will they take away our freedom nor are we going to be stoned, “he concluded.