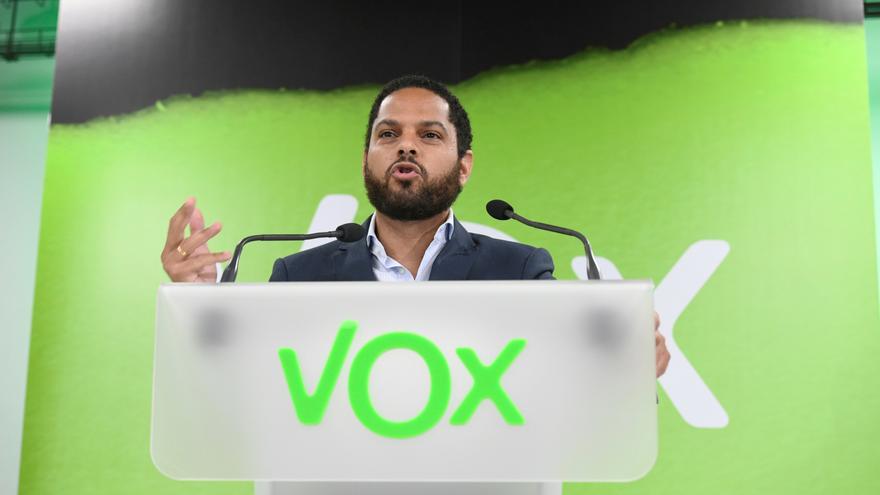 Ignacio Garriga, deputy for Barcelona and candidate for the Generalitat, will be the one who defends the motion of censure against Pedro Sánchez that Vox assures that it will register in Congress shortly, perhaps before the end of the week. With this decision, what The World advanced and Garriga himself confirmed last night, Santiago Abascal achieves two things: avoid having to be the one who is exposed to an initiative that he knows will not have any support, and at the same time promote the image of his candidate in the next Catalan regional elections . Vox had indicated that they were looking for “a prestigious independent” or “consensus candidate” who would take a “brave” step for Spain. “In the absence of another figure, Garriga, who is also the deputy spokesman for the parliamentary group in Congress, will be the that his leader will avoid going to the speakers’ rostrum The deputy assures in his Twitter profile that for him it will be “an honor” to defend the motion.

Abascal himself explained at the end of July in a thread on his Twitter account, the reasons why his party considers that the Executive of Sánchez deserves censorship. In his opinion, the Prime Minister is responsible for “corrupting the institutions with a disguised state of exception”; of “the deadliest management of the pandemic – with almost 50,000 dead – and the world’s most liar.” And also of “leaving thousands of Spaniards without charging the ERTE yet” while “they point out as responsible for the outbreaks the same Spaniards who have been treating for months as children, hiding the reality and drama of the pandemic and the fraud of their management”.

In a internal argument that the Vox management distributed among its positions and deputies, the formation of the extreme right instructed them so that when they were asked about the motion they could explain their motives and intention. “It is better to lose a thousand times than to be passive spectators of the ruin. This motion is not a strategy, it is a demonstration that there is opposition, alternative and hope for the Spanish. With the sole purpose of restoring the voice to the Spanish people, “they state in said document.

However, the motion does not have the backing of the PP, whose general secretary, Teodoro García Egea, was quick to make it clear the day Abascal announced it in Congress: “Post-vacation censure motion to save soldier Sánchez. The PP will always be in the important thing: saving lives and jobs. Do not count on us for diversionary maneuvers that reinforce the PSOE “. Although since then the leader of Vox has been sending messages to Pablo Casado to reconsider his position, in the PP they continue to refuse to support it and consider abstention. Ciudadanos has also rejected it.

Ignacio Garriga was head of the Vox list for Barcelona in the general elections of April and November 2019, he was in charge of coordinating the party’s campaign in the last regional elections in Galicia and the Basque Country. This motion will give you the opportunity to promote your image as a candidate for the Generalitat de Catalunya where the far-right party is trying to get a head start. His cousin Joan Garriga, a former member of the per Catalunya platform led by Josep Anglada, has so far been the president of the Barcelona management company and has just appeared in the primaries – which are voted on this Thursday – to lead the provincial committee again.