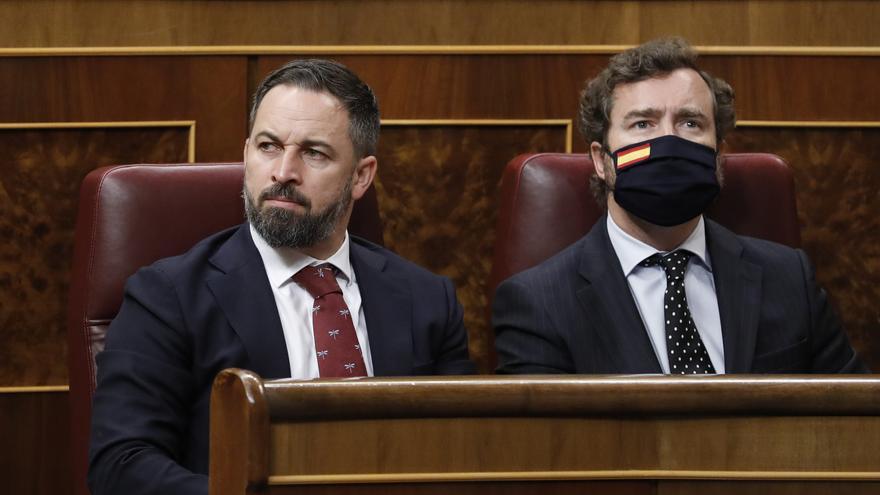 Vox leader Santiago Abascal has announced in Congress that his group will present a motion of censure in September in the face of mismanagement, in his opinion, that the Government has made of the crisis caused by the coronavirus. “We have no choice but to use the instrument of the censure motion, which we will present in September,” said the leader of the parliamentary extreme right. “We will invite all the deputies of all the groups who believe that we are in time to prevent Spain from falling into ruin, death and the oppression it brings us,” the Executive said.

Abascal has expressly addressed the PP of Pablo Casado to ask for his support for the motion of censure: “We already summoned them in May calling for the responsibility of the second party. The Spanish cannot understand strategies and tactics, they cannot have hope in the The worse, the better. Let’s avoid the worst and give the word back to the Spanish people. ”

The leader of the extreme right has thus concluded a speech in which he has charged not only against the Government, but against the EU, the WHO, 5G and China, which he has accused veiledly of spreading an artificially created virus throughout the world or, at least, of having hidden information about the SARS-CoV-2.

Abascal has accused the Government of being “the protagonists, the architects, those responsible and guilty of the most shameful management” of the pandemic, “with the complicity of the media, who have hidden the gravity of the situation, the drama and the deaths” . “And then they are surprised that some Spaniards are not aware of the seriousness we live in,” he accused.

The Vox leader has called for the resignation of a government that he has branded as “illegitimate” again. “In the fall, if they do not resign, we will once again be the champions of the epidemic and ruin. The disaster of his management has not come to an end ”, he concluded. And it has warned the Executive not to decree new confinement if the epidemic overflows again in the autumn. “We are not going to allow it,” he said, without determining how they will do it.

Santiago Abascal, following the thesis of the President of the United States, Donald Trum, has also demanded that Spain leave the WHO, which he has accused of being behind, along with “Communist China, as its partners”, behind the ” concealment “of data since it is managed by the Government of Beijing. Abascal has therefore called for the departure of Spain from the WHO “and to allocate the funds it delivers to that Chinese propaganda channel” for the vaccine. The Vox leader has also pointed to 5G technology: “Spain must prevent the data of its compatriots, of millions of Spaniards, from ending up in the hands of a company controlled by a communist tyranny.”