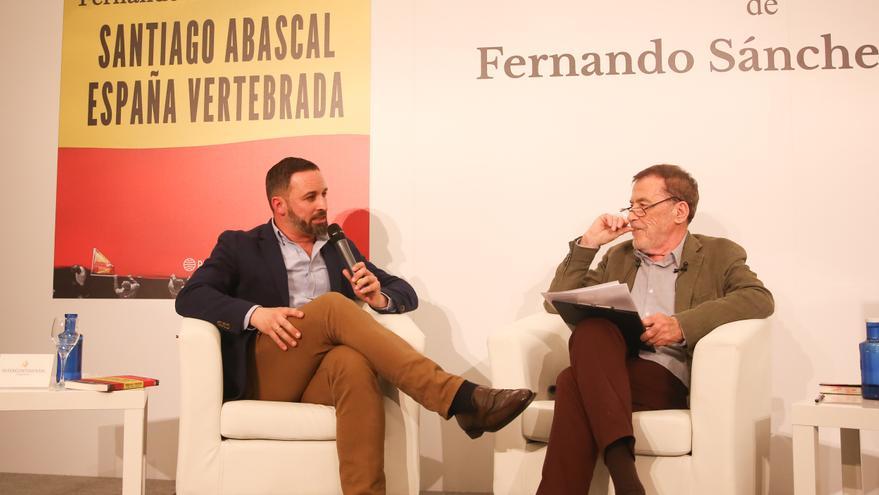 First it was Solidaridad, the union that Abascal announced were promoting members and supporters of Vox to "protect and defend all Spaniards" and not be at the service of the "ideological causes" of the left parties. And now the extreme right-wing formation has launched its own laboratory of ideas, a new foundation baptized with the name of Disenso, in the image and likeness of the FAES of Jose María Aznar, or of Fundación Ideas –now disappeared– or Pablo Iglesias, both from the PSOE, and which the Vox leaders have presented as a forum for analysis and debate on current affairs from which to give the "cultural battle" and face the "progressive consensus."

The foundation, as the newspaper 'El Mundo' advanced, It will be directed by Jorge Martín Frías, a former member of FAES and the Floridablanca Network, which includes Javier Rupérez and Eugenio Nasarre, two former MPs and leaders of the PP. Its board of trustees will be chaired by the leader of Vox, Santiago Abascal. But it will also be swollen by the spokesperson in the Madrid Assembly, Rocío Monasterio; the party advisor, Kiko Méndez-Monasterio; the MEP and journalist Hermann Tertsch, or the writer Fernando Sánchez Dragó, who after a youth in the Communist Party of Spain (PCE) has been evolving towards extremely conservative positions and is currently closely linked to Vox.

In conversation with elDiario.es, the writer and journalist emphasizes that since he left the PCE he has not been a member of any party, nor can he be pigeonholed into the right or the left. "I have no ideology. I am a militant of myself. I flee from the social democratic parties, which are all, except Vox," he says, while denying the "single thought of the dominant system." What he does not hide is his admiration for Abascal about whom he has written the book, Santiago Abascal. Vertebrate Spain, which is why he has agreed to be in dissent to stand up to "the progressive catechism." As he explains, the Fundación Disenso "is not a strictly political but a cultural instrument, it is a think tank , a laboratory of conservative ideas, as is the Heritage Foundation of the United States ".

Sánchez Dragó, a minister of Suárez or the rival of Cifuentes in the PP primaries

To these names Abascal has wanted to add that of Carlos Bustelo, who was Minister of Industry and Energy between 1977 and 1980 in the Government of Adolfo Suárez. Brother of Francisco and Carlota Bustelo, two prominent anti-Franco socialist leaders from the time of Felipe González, and cousin of the short-lived former president of the UCD Government, Leopoldo Calvo Sotelo, the political evolution of Carlos Bustelo has surprised many. However, we must not forget that in 2010 he was together with Pablo Casado, Rafael Barjadí and Enrique Navarro Gil, founder of the think tank Friends of Israel Initiative. And barely a year ago, in the general elections of April 28, 2019, he was presented to the Senate by Madrid as number two of Vox.

To the list of signings for Dissent we must add the professor and essayist José María Marco, and the controversial sociologist Amando de Miguel, who is also part of the Honor Board of another of the foundations linked to Vox, Denaes. Francisco José Contreras, professor of Philosophy of Law at the University of Seville, and author of numerous books, has also joined as patron. He is currently a Vox deputy in Congress, where he is a spokesperson for the Constitutional Commission. In addition to Contreras is the businessman Luis Asúa, former councilman of the PP in Madrid during the term of Esperanza Aguirre. Asúa was a rival of Cristina Cifuentes in the internal primaries that the party held in March 2017.

This heterogeneity of profiles that make up the cast of members of the new foundation is what Vox boasts the most, which ensures that Disenso 'will mark "a before and after" on the road "of living Spain and early-rising Spain" –Two of the slogans of the extreme right wing– in its objective of reaching the government and offering "a complete alternative to all Spaniards."

The idea of ​​launching this project had been forged by Abascal for a long time and this was advanced in his speech at the last Congress held in Vistalegre, in which he opted to penetrate other social sectors to increase its voter base. The objective of this laboratory of ideas, which has already registered with the Ministry as a foundation, is to begin as soon as possible to carry out events and seminars and the publication of articles that serve as a reference to its supporters.

As the portal recalls At Discover, a group of people dedicated to publishing articles of analysis, criticism and opinion in reference to the political and social movements of the right and extreme right, the name of Disenso already existed at the end of the 80s and during the 90s in Madrid "to bring together students of the universities of neo-fascist tendency linked to the political group Autonomous Bases (BBAA), of the same ideology, that opposed both the ultra-left and right-wing student associations ". "That is why - adds the report - that the press sometimes labeled them" anarcho-Nazis. "Later they would join the National-Revolutionary Student Coordinator (CENR).

For its union Vox has chosen the name Solidarity, the same as that of the Polish union that Lech Walesa promoted in the 1980s against the communist regime.