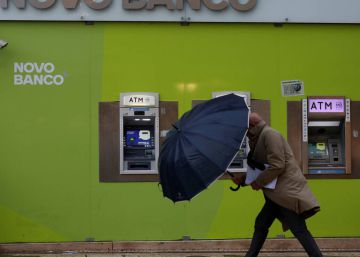 Abanca could add a new integration to its consolidation perimeter shortly. It has become the favorite option to stay with the Spanish subsidiary of Novo Banco, whose sale process has been open for several months, although it is now that it seems to be reaching the final stretch.
Its current owner, Lone Star, has been trying to get rid of its participation for some time, but everything indicates, according to sources close to the sale process, that the adjudication operation is close, and the group chaired by Juan Carlos Escotet wins points, eager to grow with purchases.

Until a few weeks ago the main candidate was the Chinese group Haitong Bank. And it is that despite already having a presence in Europe, its origin does not quite convince supervisors. In 2017 he tried, in fact, to buy Tressis in Spain, but the operation was frustrated.

Also based in Lisbon, Haitong already knows Novo Banco, since in 2015 it acquired part of its business linked to the capital market.

Abanca, for its part, already has several integrations to its credit since Escotet entered the Spanish market in 2014 with the purchase of Novacaixagalicia, the origin of Abanca, at auction. A few weeks ago it closed the purchase of Bankoa, and a few months before it had already acquired Deutsche Bank Portugal and Caixa Geral de Depósito in Spain. He tried to buy Liberbank, but failed. The sale of Novo Banco in Spain is being carried out for assets or businesses, given the initial lack of interest in the purchase of another subsidiary.

Thus, Andbank, which has also carried out several purchases over the past year, is another of the candidate firms to keep assets of this Portuguese bank, but it only bids for part of the business, such as digital banking and private banking. It is also bidding on Novo Banco Eurocaja Rural.

According to the information distributed by Deutsche Bank, an investment bank hired by the Portuguese firm, Novo Banco España had 1,600 million in loans and 1,900 million in deposits, granted to 24,700 clients through a network of 10 offices with 180 employees. Specifically, of the clients, 640 are from private banking –with assets of more than one million– and 5,900 from personal banking –between 150,000 euros and 1,000,000–. The rest are SMEs, to a large extent.