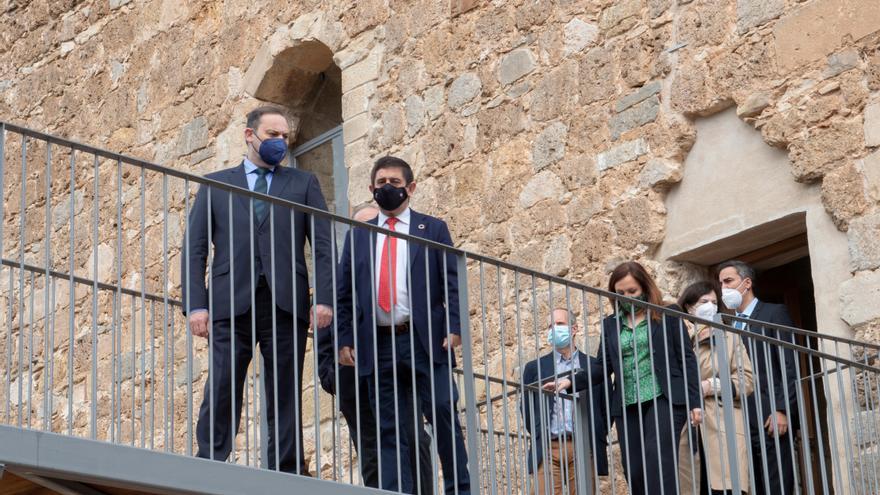 Of this money, the Ministry has contributed 617,468.22 euros, which represents 70% of the total, charged to funds from the 1.5% Cultural program managed through the General Directorate of Urban Agenda and Architecture.

The minister has been accompanied by the general director of Urban Agenda and Architecture, Iñaqui Carnicero, the president of the Jaén Provincial Council, Francisco Reyes, and the mayor of the town, Juan Morillo, who has taken the opportunity to personally deliver the project of the link of the A-44 highway towards Granada, "a very necessary project for the economic development" of the municipality.

The restoration of the castle was approved in the call for aid published in 2017 and its objective was to rehabilitate the medieval castle in order to preserve the historical heritage and value it as a tourist and cultural claim, in addition to investigating and disseminating its history .

The castle, which was declared an Asset of Cultural Interest with the category of monument in 1993, sits on the slope of Cerro de San Marcos.

It is a strategic enclave that houses numerous archaeological finds and monuments that make up its rich historical and cultural heritage, testimony of the peoples and cultures that, throughout history, from the Neolithic to the present, decided to settle there.

The time of construction of the fortified complex is possibly prior to the 11th century, but it is from this period that the oldest architectural remains are preserved, the archaeological study documents four historical phases: Emiral, Almohad, Christian and Renaissance.

The fortress is structured in two well-defined and clearly differentiated spaces: on the one hand, the castle or fortress; and, on the other, an enclosure of walls that surrounds it. Likewise, the external enclosure is made up of a series of broken lines of wall, which creates a multitude of defense angles, making the construction of towers unnecessary, except the one that protected the main gate.

For its part, the inner enclosure is made up of the cistern, a square tower, a circular tower, the wineries and the keep.

The fortress was inhabited until the War of Independence, when, in 1812, it was stormed, occupied and burned by Napoleonic troops.

After the necessary preliminary archaeological studies, we have proceeded to the cleaning, consolidation and stabilization of the existing elements in the buildings belonging to the fortress and church of Santa María, as well as some sections of the wall, both emerging and those resulting from the archaeological intervention. .