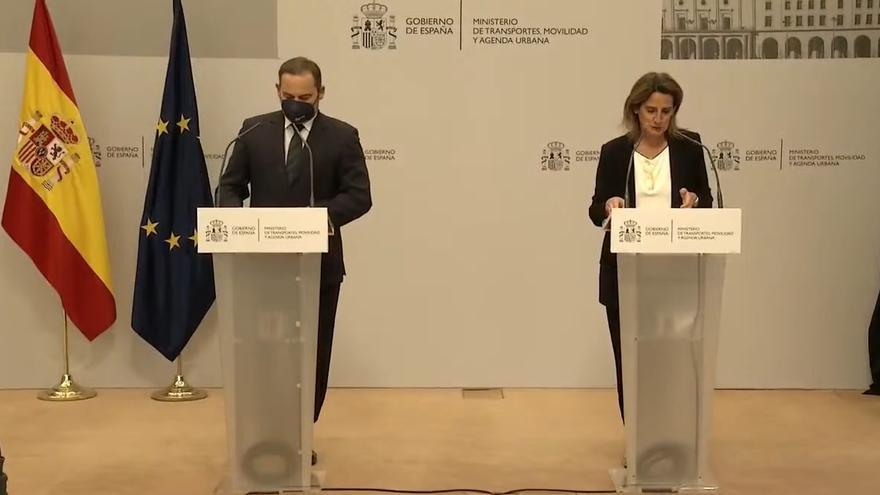 The Minister of Transport, Mobility and Urban Agenda, José Luis Ábalos, defended this Wednesday that it is “inconceivable for the rest of Europe” that Spain has the largest network of motorways in the EU and is “an exception” on the continent by not pay to use these routes to pay for their maintenance, as the Government has proposed to do from 2024 in the Recovery Plan and “within the reform plan that requires” obtaining European funds.

“What is inconceivable for the rest of Europe is that we have the main highway network” and “curiously” not pay for its use “mostly”, when “practically” it is “priced” in all European countries.

The minister has described this situation as a “contradiction” when Spain is “asking for funds for infrastructures” without taking “profitability from the assets, from the investments we have made.”

In a joint press conference with the fourth vice president and minister for Ecological Transition, Teresa Ribera, to present the Recovery, Transformation and Resilience Plan in the areas of mobility and urban agenda, Ábalos reiterated that this measure, that the EU “ it has been claiming for a long time ”and which has been framed in the European principle that“ whoever uses pays, just as whoever pollutes pays ”, it will only be adopted if there is consensus from the opposition.

The minister has lashed out at the “incoherence” of the PP, which has now rejected this system when it commissioned two studies from the public company Ineco when it was in government to implement it, with the idea of ​​putting tolls in motion this year.

“The only report prepared for the Delegate Commission for Economic Affairs has been made by the Popular Party,” said Ábalos, who regretted that the popular “now do not even want to discuss” this issue. “Due to the attitude of some, it is impossible to introduce any public policy debate in this country”, where “you cannot dialogue.”

“It seems very irresponsible to me because one day I say that they will want to govern, or will be able to govern, and they will face the same problem.”

The minister, who has attacked the “great idea” of the PP to rescue the radial highways, which involved “a great loss”, has assured that there is no decision taken regarding which model to adopt. Although the Government has not yet “ruled” on which model would be applied, “if we have thought of something, it would always be at least a third cheaper than them.” The proposal that your department has on the table is to charge a penny for each kilometer traveled.

“The easy thing is to sign up for no, we all want not to pay, where have you seen that there are demonstrations in which you ask to pay?” “, but he has made it clear that” we have a problem “because” we have more and more kilometers to maintain, to conserve “, and if measures are not taken” road safety is the one that is going to suffer. ”

The head of Transport has stressed that with the current system, with which maintenance is paid for with taxes, “those who never drive” continue to pay, and “40% of international merchandise traffic that circulates in Spain are foreigners; they pay in everywhere, except in Spain, that there is freedom. ”

He also recalled that the pay-per-use model varies from one Member State to another: “There are countries where trucks pay and not cars, others that pay all; but here we have nothing about it. We simply have the concessions that remain in force, which refer basically to the construction of the infrastructure ”and that“ this government, rather than another, has decided not to extend it ”.