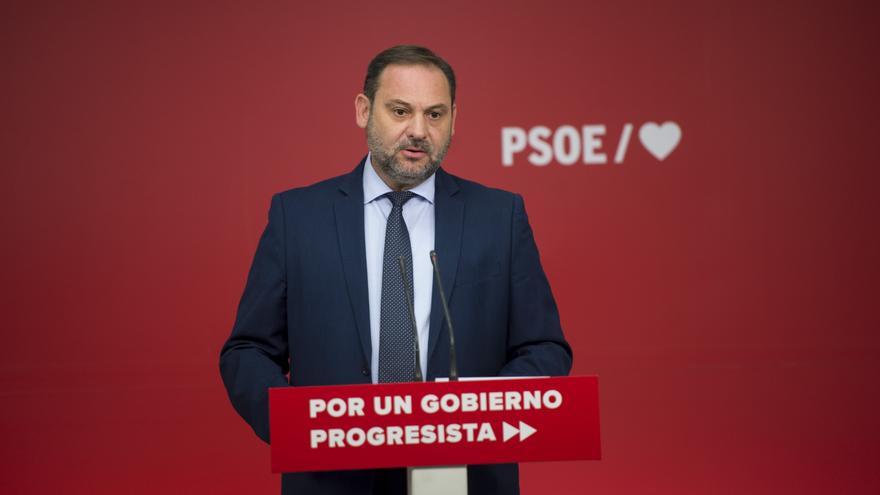 The Minister of Transport, Mobility and Urban Agenda, José Luis Ábalos, has cooled the expectations of United We Can regarding the future housing law that his department is preparing and of which the vice presidency of Social Rights led by Pablo Iglesias will be co-proponent. Ábalos has rejected the proposal of his minority partner that large holders dedicate 30% of their properties to social rent. "We cannot make a public policy rest on the backs of individuals," said the Secretary of Organization of the PSOE in a press conference after the meeting of the leadership of Pedro Sánchez.

Ábalos keeps the negotiation with his minority partner frozen pending completion of the housing law project - which will regulate, among other things, rental prices - while waiting to enter into the "political details" on the draft that the technicians have prepared. Even so, he has assured that he intends to fulfill the commitment that the Council of Ministers approve it to send it to Congress before the end of February. Once the draft is approved, formal negotiations will begin with the Vice Presidency for Social Rights, with which the Ministry of Transport has already closed an appointment for February 15, when the Catalan elections are held.

The minister has rejected that large owners allocate part of their properties to social rent by ensuring that it is the public administrations that must guarantee this right. "We want it to commit all public administrations within the framework of its powers," said Ábalos, who has referred to municipalities and autonomous communities as well as the Government in promoting the "constitutional right" to housing.

Ábalos has distanced himself from that proposal, understanding that it has a "confiscatory nature that does not correspond" and has defended that "housing also affects private property" so it is protected by legal limits "that cannot be exceeded." Thus, he has defended that "there are many ways to link the contribution of individuals, many ways to establish a tax system that contributes to the wealth of the country, especially those who have more, that is what progressive taxation consists of." However, at United We Can consider that allocating 30% of the homes of large owners to social rent would allow the public stock to increase by 150,000 homes in a few months.

The programmatic agreement signed by Pedro Sánchez and Pablo Iglesias is committed to "mobilizing empty housing" and indicates "a framework where large homeowners collaborate with the competent administration to make empty housing available to the rental market at reasonable prices."

Another point in which they differ is that one who owns five or more properties is considered a great holder. Until now, the threshold was set at ten and Ábalos considers that this is the figure that should be maintained. "This is how we have internalized it and in all the decrees that have been approved (...) they have had this consideration," said the socialist leader, who pointed out that this reduction is "a new element that contradicts" what has been done so far. they have defended both formations.

Ábalos has emphasized that the housing law aims to "tackle situations such as the sale to a vulture fund of almost 3,000 social housing." "That is what this law tries to prevent the social park from being misused," said the minister, who considers that this public housing stock is the result of the "effort of the Spanish."

In Unidos Podemos, for their part, they urge the socialist minister to address the negotiation of the housing law urgently and reproach him for trying to wait for the elections to pass in Catalonia. "It cannot be conditioned to the Catalan elections", expressed the spokesperson for Podemos, Isa Serra, who has been convinced that "Catalan society supports laws that guarantee the right to housing": "The candidate Illa may be afraid that the Transport text will not be ambitious and does not guarantee the right to housing ".

Serra has also charged against the majority partner of the coalition, considering that "it responds to pressures from the vulture background instead of working for the whole."