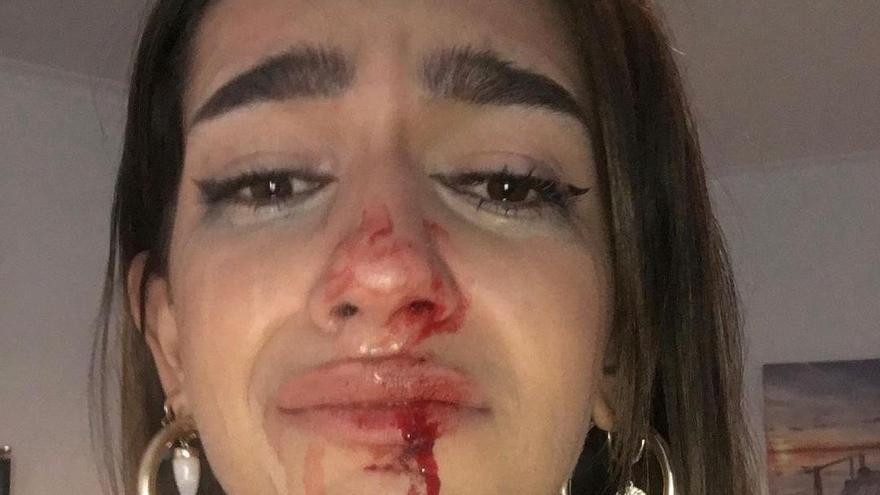 A young trans woman denounced this Friday night through social networks that she has suffered an LGTBI-phobic assault in Barcelona when she was leaving her home. The 19-year-old girl has detailed that she has been booed and insulted and that she has been punched twice in the face and several kicks throughout the body. The girl has reported the events at the Les Corts police station this Saturday morning.

According to the girl’s account published on her Instagram account, a group of men began to reprimand her shouting “fucking travelo” and “spawn” while grabbing her and punching her twice in the face, kicking and other blows in the body.

“I am a transsexual, yes, but it is that it does not make me less normal, it does not make me a monstrosity, it does not make me less, I have the right to go out, I have the right to do with my social networks what I want and I have all the rights that everyone should have, “said the attacked young woman, who has uploaded images that show the wounds of the attack. The young woman explained that she has been living in the Catalan capital for two months, where she arrived “looking for peace” and a place where she would not be humiliated. “I do not deserve this”, has riveted.

The mayor of Barcelona, ​​Ada Colau, reacted this morning by condemning the attack. “Barcelona is not like that,” Colau pointed out on his Twitter account. “We are an open and proudly diverse city, contrary to all transphobia, violence or discrimination.”

The observatory against homophobia in the capital has joined in condemning the events and has made itself available to them. Through its Twitter account, the observatory has detailed that it has activated the protocols it implements in these cases and has once again called for “effective public policies” to end attacks like this one. The Councilor for Citizenship Rights, Marc Serra, has called what happened a “cowardly and intolerable aggression”, for which he has also offered help and recalled the existence of the services of the Office for Non-Discrimination to denounce this type of cases.

Equality Minister Irene Montero, who has insisted on the need to have “zero tolerance” for the “hate speech” that “legitimizes” this type of aggression has also joined the condemnation reactions.

“They will start to apply in January and will be free”

Limit social gatherings at Christmas, the main concern of Health