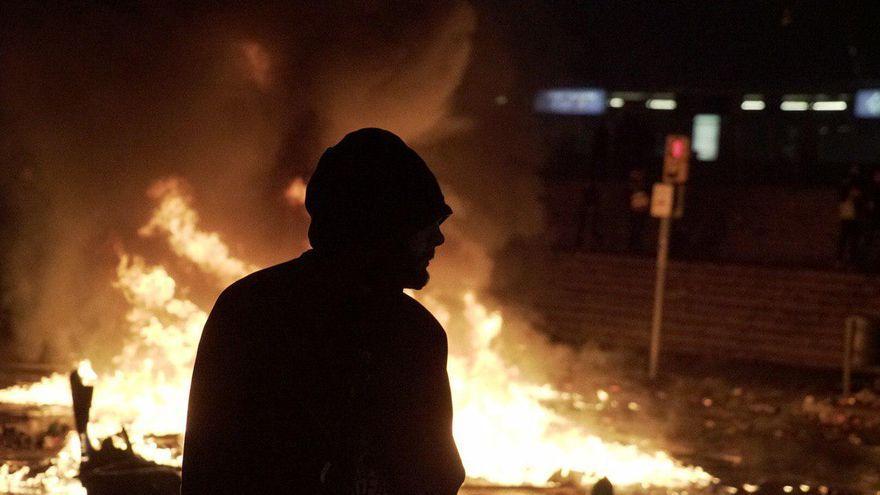 New cause for altercations that followed the sentence of the procés that ends in pact. A protester has admitted that he moved containers and stole a Mossos d’Esquadra backpack with anti-riot gear during the Tsunami Democràtic concentration. on December 18, 2019 at the Camp Nou in Barcelona on the occasion of the Classic. The young man has agreed with the Public Prosecutor’s Office a sentence of 20 months in prison, which he will not comply with if he does not commit a crime in three years and pays a fine of 1,980 euros.

The Prosecutor’s Office initially requested three years in prison for public disorder, but finally it has agreed to lower the sentence in exchange for the young man recognizing the facts. It is a strategy that has alerted several Barcelonan lawyers, who criticize that the request for high penalties by the Prosecutor’s Office generates fear among the accused, who finally sometimes choose to agree on a sentence that does not imply their entry into prison rather than face trial.

In the case tried and sentenced this Tuesday at the Barcelona Court, the young accused has admitted that it was around 9:30 p.m. He moved containers in the outskirts of the Camp in order to create barricades and thus make it difficult for agents and police vehicles to pass. Then a van from the Mobile Brigade (Brimo), the Catalan police riot police, and took several Mossos backpacks that contained anti-riot equipment, but an agent managed to recover them and prepared to return them to the vehicle.

The defendant, who was wearing a hood and a balaclava that made identification difficult, managed to snatch one of the backpacks and fled, but another agent who witnessed the events chased him and recovered the backpack with the material inside. In this Tuesday’s session in Section 8 of the Barcelona Court, the accused has appeared, and an agreement has been agreed between him and the Prosecutor’s Office: 1 year and 8 months in prison for the crime of public disorder and a fine of 174 euros for the minor crime of theft of the backpack.