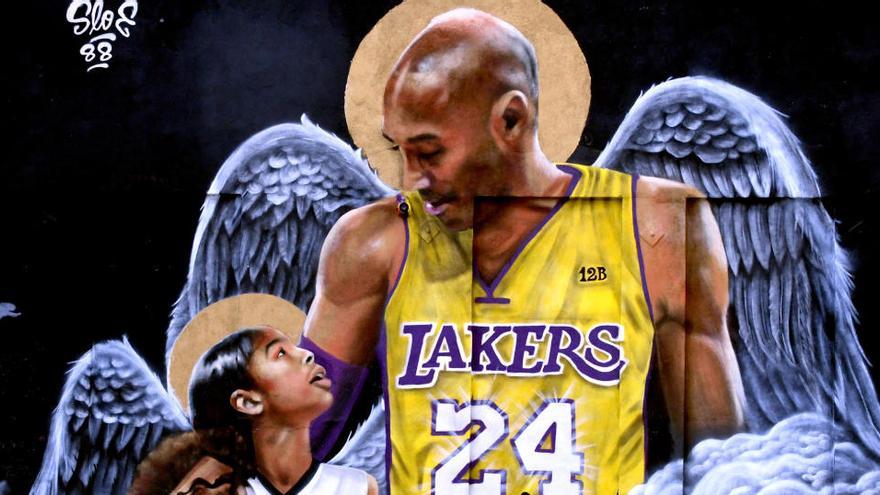 A year has passed, but neither the NBA nor the world of sports in general have fully recovered from the void it left the death of Kobe Bryant, absolute legend of basketball and also a figure whose charisma extended far beyond the court.

Bryant, who passed away on January 26, 2020 at age 41 in Calabasas (USA) In a helicopter crash that killed eight other people (including his daughter Gianna), he is the fourth highest all-time scorer in the NBA (33,643 points) and a timeless myth of the Los Angeles Lakers, with whom he won five rings.

But regardless of the statistics he was a fierce competitor, an almost strenuous example of effort, an emblem for Los Angeles (with a very special connection for his Latino community) and a person so ambitious that he became the first former professional athlete to win an Oscar (for the animated short “Dear Basketball”, 2017).

Shock after the accident

After so many months of pandemic and suffering throughout the planet, it is difficult to remember and gauge the enormous commotion which caused the news of Bryant’s death.

However, it is not unreasonable to assure that The US (and much of the world) was paralyzed for a moment on the morning of that January 26.

Shortly before noon, the media specialized in celebrity news TMZ launched an alert assuring that the player had passed away, a news that, after a few minutes of confusion and amazement among the rest of the media and the authorities, ended up being confirmed.

Very shortly after, around the Staples Center, the stadium where Bryant lived nights of glory with the Lakers, became the center of an impromptu tribute by fans who still could not believe what happened.

T-shirts with numbers 8 and 24, signs with the name of Kobe, flowers with the colors purple and gold …

His followers mourned the tragedy with everything they had at hand while, just a few hundred meters away, the news of his death crept onto the red carpet of Los Grammy, which were held just that day at the Staples Center.

“Los Angeles, United States and the whole world we lost a hero today“said Alicia Keys, the host of the Grammys, opening a gala marked from beginning to end by the memory of Bryant.

Another image that perfectly summed up the great sadness of that day was that of Lebron James: in tears on the Los Angeles airport runway, seeking comfort in hugs, a star crying to another star.

Tributes to his legacy

Bryant does not lack very dark points in his biography, such as the rape charge which ended with a pact with the complainant.

But in the last twelve months, the NBA has turned to remembering one of the deadliest scorers who has seen basketball and elevated Bryant’s legacy on and off the court.

“In basketball, in life, as a father, Kobe did not put anything in the warehouse: gave it all“said a tearful Michael Jordan at the massive tribute that was held in February in Los Angeles.

“You left too early when your next chapter in life was just beginning, but now is our time to carry on your legacy,” he stated. Shaquille O’Neal.

Although maybe it was another ex-partner, Pau Gasol, the one who has best embodied throughout these months the devastation due to the absence of a basket titanbut from a true friend.

“It inspired me on a daily basis: his work ethic, his dedication to being the best, to demanding that his colleagues give their best, that instinct a bit murderous, that ‘La Mamba’ mentality, “he told Efe in February.

“It was a huge experience that made me grow as a player and gave me a different perspective as a person, “he added.

Outside the strictly sports environment, the manifestation of love for Kobe The most affectionate was in Los Angeles, where, almost overnight, dozens and dozens of street murals appeared to never forget the idol of the Lakers.

The causes of the accident that ended Bryant’s life have been reason for discussion without for now a final conclusion has been reached.

But on February 9, the National Transportation Safety Board (NTSB) will announce its findings after a lengthy investigation.

So far, the existence of fog in where the helicopter crashed, a hilly area in Los Angeles has been the strongest hypothesis as the cause of the accident.

Meanwhile, the player’s widow, Vanessa Bryant, has denounced the helicopter company for alleged negligence in the death of her husband.

And it has also continued fighting in court with another lawsuit, this time against the Los Angeles County Sheriff’s Office after news was published that some agents took photos of the accident with their personal mobiles and shared them illegally afterwards.