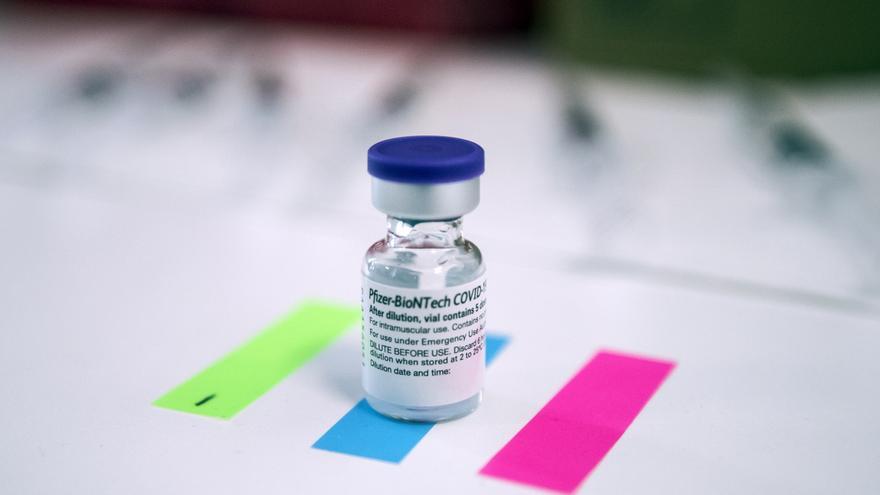 For some, it was something distant, almost implausible, typical of science fiction; for others, SARS-CoV-2 was a name that was becoming almost familiar.

However, on March 11, 2019, very few of us could imagine what COVID-19 would mean in our lives. And it is that the coronavirus, in addition to revolutionizing our lives completely, has also stirred words.

Rarely in the history of the language do speakers attend the birth of a word, since in many cases it is almost impossible to locate the first text in which it was documented or the first conversation in which it was pronounced. In this case, COVID-19 first appeared on February 11, 2020, a month before the pandemic was declared.

Knowing when this term first appeared is not the only milestone, because the name of this disease has gone, in record time —barely ten months— from being an acronym for “coronavirus wish” to being part of the common lexicon —with the possibility of writing it entirely in lowercase – and included in the “Dictionary of the Spanish language.”

At the same rate at which the pandemic was spreading throughout the planet, the authorities were adopting different restrictions: from the mandatory use of masks, through the stipulation of curfews, until the various confinements were decreed.

By the time we realized it, a wealth of technical, especially medical, lexicon had already flooded the media and our conversations. “Antigens”, “strains”, “serotype”, “viricidal”, “PCR” … they became words known to all at the same time that, locked in our homes, speakers began to release those that had gone unnoticed on the pages of dictionaries for so many years and to gain strength from their use others.

Little by little we began to adapt to what was called the “new normal” or “covidianity”, to maintain “physical” or “social distance” to take care of those we loved the most, to “telework”, to give thanks with “applause” …

The data was not improving; the news conveyed devastating figures to citizens about the increase in the number of infections and deaths and the saturation of health systems, which were forced to “medicalize” vehicles or improvise “field hospitals” to save lives.

Ultimately, we also began to fill reality with more words.

WORDS OF THE YEAR

The month of December began to see the light with the different vaccines that were being authorized throughout the globe. Names like “Pfizer”, “AstraZeneca”, “Sputnik V” and others became synonymous with “freedom” and “hope”.

With regard to our work, and as expected, most of the voices that were candidates for the word of the year 2020 were related to the health field, and it was “confinement” that emerged as the winner.

Without a doubt, our life has changed a lot since March 11, 2020, and words have been faithful witnesses of everything we have lived since then. Hopefully within 365 days of all the bad moments we only have memories that are increasingly distant … and words.