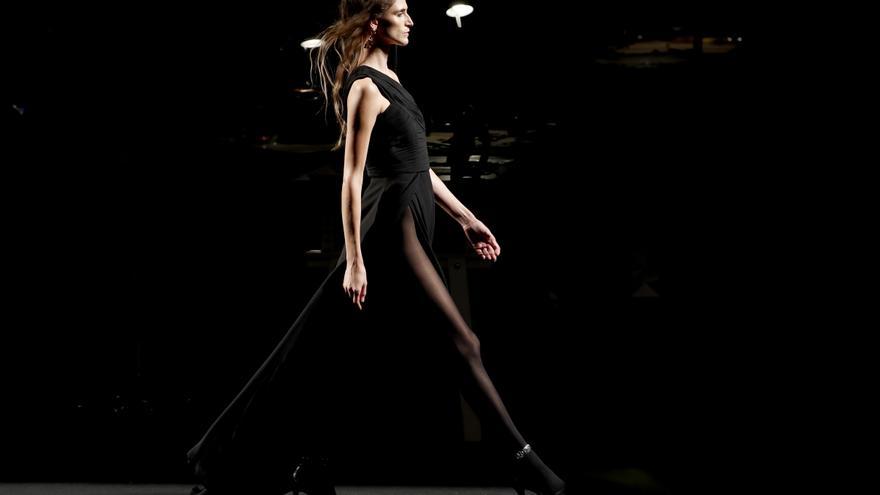 Madrid, Dec 27 (EFE) .- In 2020 fashion has mourned the death of designer Kenzo Takada, the cancellation of parades and the closure of businesses, but it has also struggled to survive by betting on crafts and there have been surprises, such as the very applauded debut of Carlos de Inglaterra with a sustainable and handmade collection.

As usual, the year started off with a hectic schedule, with the Pitti Uomo Florentine fair, the men’s shows and Paris Haute Couture in an edition marked by the goodbye of Jean-Paul Gaultier.

Then came Milan Fashion Week for women, and, after holding several parades with fear of the coronavirus, Giorgio Armani decided to hold his behind closed doors, at the Armani Theater, and without guests, as a precaution against the pandemic alert, but broadcast live on social media.

The Federation of Haute Couture and Fashion, organizer of the Parisian catwalk, ruled out canceling the calendar. At that time there was still no talk of an epidemic in France.

But in the fashion world, psychosis spread like wildfire: “I don’t greet you, I come from Milan,” said stylists, journalists and buyers, while trying to keep the cautious two-meter safety distance during a singular Fashion Week.

New York and London also celebrated their respective fashion weeks with absences and less public. Hydroalcoholic gels and masks were beginning to be distributed at the entrance of the parades.

But with the worldwide spread of covid-19 and the arrival of quarantine, everything came to a standstill. It was a blow to the textile industry that saw factories and stores close, with the bridal sector as one of the most damaged and, although some have been able to reconvert with day-to-day designs, others have had to close.

Despite this, not everything has been bad. The pandemic has served to embrace quality, responsibility and sustainability, “the artisan product and the responsible purchase of fashion”, as Héctor Jareño, from the Reliquiae firm, has explained to EFE, who assures that fashion needs to “recover the trades , local manufacturing and emphasize contemporary crafts, the basis of responsible consumption. ”

Positive things have also come out of this crisis and the ingenuity has been sharpened to present the parades in film form, and the models, mobile phones in hand, showed the news on their social networks, including TikTok, which has been a before and an after in fashion shows.

With the covid-19, the shows have been more democratic and also more interactive, thanks to social networks, which have offered the possibility of discovering new collections in real time and as if you were in the front row.

A novelty that has overturned the traditional fashion show, in which exclusivity and social rank marked the seats in the first row, the so-called “front-row”.

In addition, this year, the fashion industry has shown its most supportive side and has turned to the manufacture of masks.

Many firms have opted to definitively launch themselves on the “online” sale. “It is something that we all knew was going to be imposed, and that is the way it is. New generations of buyers have grown up with a ‘smartphone’ and they will not give it up,” says Luis Chico de Guzmán, CEO of the Hispanitas footwear company.

Sustainable awareness has increased, many designers have considered that in less than ten years all their garments are sustainable or come from recycled materials. “Ecological materials and the circular economy are going to be a powerful mobilizer for fashion brands,” adds Guzman, who assures that more and more resources are being allocated to innovation.

And it is that sustainable fashion is no longer a matter of “hippies” or romantics, but a way of life, an environmental emergency, very present in actors, singers, models and members of the royalty, such as Carlos of England, who this year has launched its own 18-piece eco-fashion collection: 10 for women and 8 for men, created by Italian students and made in Scotland by British artisans.

The fashion industry has faced great challenges due to new consumer habits. Sustainability and rational consumption have become strong in a year in which the tracksuit, sweatshirts and “leggings” have banished heels, sequins and high pompadour designs.