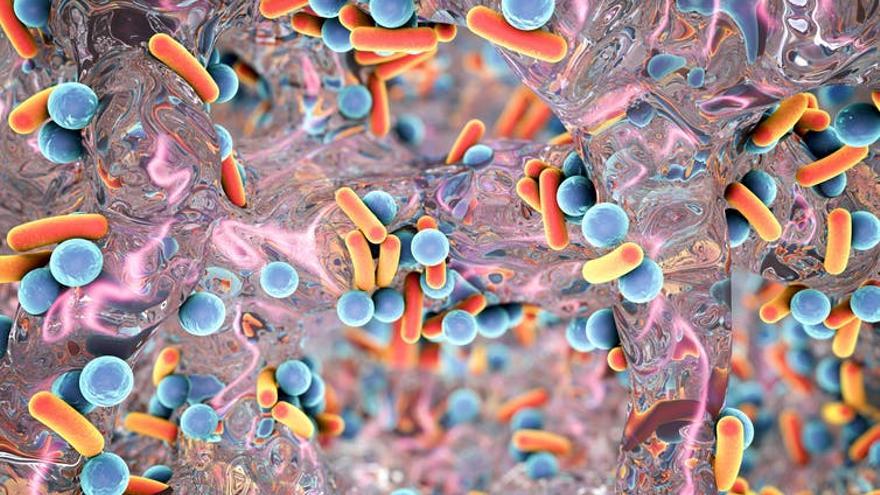 Infections due to all-drug resistant bacteria are one of the top 10 threats to public health, according to the World Health Organization. Now, a scientific team has described an experimental treatment with a combination of antibiotics and bacteriophage viruses that have ended an infection by a 'superbug'.

The patient is a 30-year-old woman who was the victim of the 2016 attack at the Brussels airport. As a result of a fracture, he was infected by the bacteria Klebsiella pneumoniae, a type of microorganism that falls within the critical priority group of the who, known as ESKAPE. For almost two years he was treated with antibiotics, but did not improve until the researcher Anaïs Eskenazi's group combined the antimicrobials with bacteriophage viruses, an alternative therapy whose results have been published in the journal Nature communications this Tuesday.

On March 22, the patient suffered a multiple trauma during the Brussels airport suicide bombing. After an aggressive multidisciplinary intervention, which included resuscitation, partial imputation of the iliac bone, and external fixation of a broken femur, she was stabilized. However, on day 4, his condition progressed to septic shock due to an infection in the surgical wound on his left thigh, despite antibiotics.

The bacterial culture of the surgical biopsies showed a flora composed of different microbes, consisting of "Enterococcus faecium", "Pseudomonas aeruginosa", "Enterobacter cloacae" and "Klebsiella pneumoniae". This was the starting point for the team at the Erasme Hospital in Brussels.

The group used a combination of a bacteriophage virus applied locally to the wound and antibiotics, a "rescue therapy" that resulted in objective clinical, microbiological, and radiological improvement of the wounds and the general condition of the patient. Three months later, the woman's general condition had improved, the wound was healing, and no evidence of bacterial infection was found. Three years after treatment, the patient had regained mobility, according to the researchers, who speak of the promise that this type of therapy holds for drug-resistant bacterial infections, also called 'superbugs'.

Bacteriophage viruses or phages 'break' bacteria from within -what is known as cell lysis-, so that they can multiply, it is necessary to kill these bacteria. In the last decade there has been an increase in research in phage therapy, including the use of these to treat infections related to orthopedics - other clinical cases have already been published in scientific journals. However, while this case study demonstrates the potential of these therapies, complex customization of treatment is likely to be required, making it difficult to apply to larger patient groups, the authors caution.