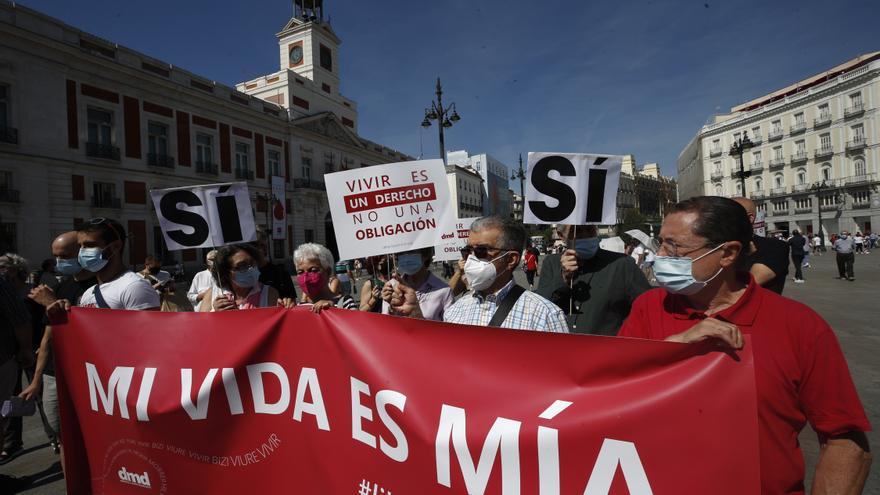 A woman in her early seventies who requested euthanasia at her referral hospital in Madrid has committed suicide in a hotel after no response, according to reports SER string and The country. He had suffered from a serious incurable disease for 14 years - a chronic musculoskeletal disease, aggravated by his "opioid intolerance" - and more recently also a "high-grade and invasive" bladder cancer.

The woman requested help to die on July 7 from her doctor at the Gómez Ulla Hospital in Madrid. At first he answered yes, but two days later he called her to explain that he had declared himself a conscientious objector, so a second doctor should be the one to analyze the case. According to the woman, she was never seen by another doctor. A spokesperson for the Madrid Regional Ministry of Health has responded to El País that "it was assessed by another doctor at the hospital, who considered that it did not meet the criteria." Dr. Fernando Marín, advisor to the Right to Die with Dignity (DMD) association, insisted on Thursday that it was not evaluated by the second doctor and said that he had filed a complaint in September with the General Directorate of Humanization and Patient Care of the Madrid's community.

A week after asking her doctor, the patient herself complained at the hospital that she had not received any response. "A week later I still have no response, which is clearly irregular. The responsible doctor can always deny my request in writing and with reasons within 10 days."

And in that complaint he added: "Regardless of whether the Guarantee and Evaluation Commission has been appointed or not, which depends on the Ministry of Health of the Community of Madrid, the Gómez Ulla hospital has the obligation to process my request without further delay. I let you know that my clear, firm, reiterated and unequivocal will to die in the hospital is due to the constant and intolerable suffering that I suffer, for which I urge you to respect my right to decide how long I must endure so much physical and mental pain " , collects El País.

This newspaper spoke to the woman in early September, a conversation in which he made it clear that he could not continue waiting for law enforcement and considered alternatives to die. "I have alternatives. They are not pleasant, but there are. But psychologically it is very violent. It is violent to think:“ I'm committing suicide. ”I don't want that. I don't want to commit suicide. I just want them to help me stop suffering. Nothing more. For me it is inconceivable that there is a law and that it cannot be applied, "he told El País.

Euthanasia has been a right in Spain since June 25, more than two decades after the first attempt and after the fight of patients, relatives and associations. On the legislation plans the fierce opposition of the conservative sectors. Both the PP and Vox, the two parties together with UPN that voted 'no' to the law, have presented individual appeals of unconstitutionality. Both defend an alleged violation of the right to life contained in the Constitution. The court has admitted to processing the one presented by the far-right party, but refused to paralyze the norm as a precaution.

For their part, Catholic hospitals have signed a statement in which they raise, without citing it, the objection to the norm, while The Spanish Episcopal Conference has claimed that their centers are "free from euthanasia". This despite the fact that the law specifies that the objection is an "individual" right of each professional and must be regulated by means of a registry.