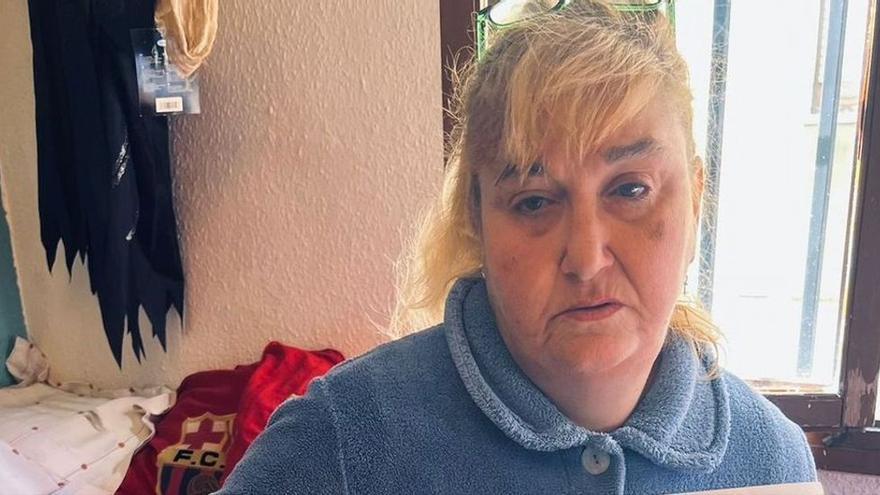 Divina Romero is 49 years old and lives in Almassora, in Castellón. Carries four months waiting for the operation without, for the moment, knowing when that will arrive intervention that requires "urgently". For seven years she has suffered problems for a perianal fistula that has taken him ten times to go through the operating room.

The last time they made a temporary hole in her belly to function as a kind of anus in the hope that, three months later, they would call her again to reconstruct it, but that call did not come. "They don't serve me anywherethe doctors send me from one place to another and tell me that because of the covid, as they must have free beds, they cannot operate on me. Me I have unbearable stomach pains due to the huge lump that has come out of me and I am dying in life", laments Divine.

"I've been to a thousand places and from one they pass me to the other, when I all I want is for them to operate on me to stop suffering," says this Almassora resident, who can barely leave her house. The operation must be performed at the General Hospital of Castellón.

And it is that the sixth wave of coronavirus is already making a dent in surgical waiting lists of the province of Castellón, which rise again. As Mediterráneo already reported, in December, due to the greater healthcare pressure due to the outbreak of cases and the increase in hospitalizations, some operating rooms began to defer operationssome suspensions that have now been reflected in the data of the delay of last month published by the Department of Health.

Thus, the four public hospitals in the province increase the waiting days, after the decreases registered in October and November. Specifically, the one that rises the most is the Comarcal de Vinaròs, which does so in eight days to 121, the same number as the Provincial, which increases its delay by four. Seven days increases in the Plana that drags 117. These three centers present records higher than the regional average, which is 100 days.

Well below this threshold is the General, which, despite an increase of eight days, stands at 69, being one of the hospitals in the Community with the shortest waiting list.

More than 6,700 people from Castellón waiting to enter the operating room

Currently, a total of 6,707 people from Castellón are pending surgerya figure somewhat higher than last November, when there were 6,657 people in this situation.

It should be noted that the increase in the delay has been sustained because, as Mediterráneo reported days ago, the hospitals have tried maintain the maximum number of outpatient surgeries possible programmed to avoid a more exaggerated rebound and at the same time guarantee free beds for hospitalization of covid patients. From the department of Ana Barceló they always emphasize that the surgical waiting list "in no case" affects urgent, oncological and non-delayed interventions, which are treated preferentially, also in a pandemic.

Specialties such as Traumatology and Ophthalmology continue to be among those with the most delays in the province.