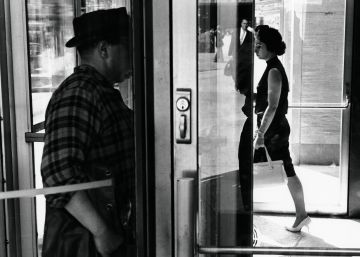 At the reasonable but somewhat petty maxim of “little, but good”, Juan Ramón Jiménez gave him an excessive push: “Much, and perfect”. Perfection no longer seems a desirable goal in the arts, so it is perhaps over-controlled, but abundance, even more abundance, causes us suspicion, even an impulse to patronize. Can it be very good something that comes out like a gush, which by its very proliferation seems to have arisen effortlessly, anyway? Scarcity, however, induces respect, even reverence. An artist with a short or minimal work will have followed a demanding process of maximum refinement. A single sentence from Madame Bovary could cost Flaubert a whole day’s work and torment: at the end of it he was as exhausted as if he had expelled a stone in renal colic. Meanwhile, Balzac, Stendhal, Victor Hugo swiftly filled pages and pages, urged not only by the eagerness to tell all that their prodigious imaginations engendered, but by the utterly practical need to collect advances, cover expenses, pay debts. Flaubert lived comfortably like the bachelor and provincial rentier that he was, welcomed and cared for in his mother’s house. Among the luxuries he could afford was spending whole days composing a paragraph and five years finishing a novel. It is true that when late at night he ended his day as a novelist, he began to write letters to his friends or his lovers in Paris, and then all contention was over, and the stylist of the infallible phrase became an exorbitant rambler and narrator, a jubilant improviser of occurrences, outbursts, confessions, in a kind of unleashed Rabelais, of a verbal gluttony that made him fill pages and pages with flying colors. The striking thing is that the quality of this uncontrolled writing is not inferior to that of the other millimeter prose of the novel.

The jerky, telegraphic brevity of an Emily Dickinson poem is and is not the reverse of Walt Whitman’s river ranges. In Dickinson’s verses, and even more so in his letters, conciseness reveals secret volcanic eruptions. In her Amherst retreat, in the confined space of her garden, Dickinson is as open to the perception of the world as Whitman on his pioneer walks through New York. And in Whitman’s verbal cataracts, which seem dictated by the sheer verve and physical enthusiasm of walking through a crowd, there is not a trace of verbiage, nor of vagueness, nor of self-indulgence: so many seemingly random words are exactly each in its place. In the innumerable kaleidoscope of his images of America and of himself, none is out of focus.

I was walking through the Lee Friedlander exhibition in Madrid with Carlos Gollonet, the curator who designed it, and Whitman’s name appeared in our conversation. Carlos is a reserved and discreet man, very much like inland Andalusia. The effort that has been put into organizing this detailed and enormous exhibition, at a time like this, has been very great. I see him walking through it, pleased and tired. There are few people and we both wear masks. Gollonet is one of those people who know a lot about something and put it into practice with fervor and solvency, and at the same time they try to erase his trace, so that the viewer’s attention is completely focused on what has been achieved. After a quarter of a century organizing memorable photography exhibitions, I get the impression that in this one he feels that he has completed something, and that now he needs that long breath of calm without anguish that we all need so much. Friedlander puts his entire presence in every photo he takes, not just the self-portraits. I like to think that Gollonet, so discreet in his Granada reserve and in the lightness with which he carries his knowledge of photography, has also put a lot of himself into this exhibition. In the catalog essay, Gollonet makes a good suggestion of his affection for Friedlander and his affinity not only as an amateur or as a scholar for a style encouraged by two not very prestigious virtues in contemporary art, generosity and abundance.

Friedlander’s gaze is generous in the way of Whitman because he aspires to encompass everything, to dwell on everything, in the great boundless spectacle of American life, of lonely people and crowds, of the crowded confusion of New York and the abstract solitudes of the great open landscapes and of those suburban spaces of the United States that are as desolate as uninhabited planets, like places where some apocalyptic disaster just happened has erased human presences, although not the visible and petty remains of their lives. Gollonet says that Friedlander’s self-portraits are the antidote to the contemporary banal egocentricity of the selfie. Friedlander has been as constant in his self-portrait as Rembrandt: from the half-lost and half-adventurous young man to that old man slumped on a hospital bed who raises his head over a tangle of sanitary tubes to look into the camera from which even then it has not separated. Whitman’s heroic “me” accommodates crowds: Friedlander’s self-portrait is visible or implicit in the world around him, and he himself is sometimes little more than a shadow, a reflection in a frosty window or mirror, his own silhouette projected onto the naked body of his wife, Maria, like the embrace of a carnal ghost.

Almost 60 years of life and work are contained in this exhibition. It is enough to work every day to accumulate an immense work. Friedlander learned from Robert Frank and Walker Evans and soon transmuted these formative influences into features of his style. He was recognizably himself from a very young age, but instead of settling from a certain age in a dignified manner, he has always maintained an attitude of renewal and learning, not for a conscious purpose of originality, but for the pure instinct to continue observing. what happens in front of him, on the street he walks, in the car window or rear-view mirror, in the mirror in which he looks every day.