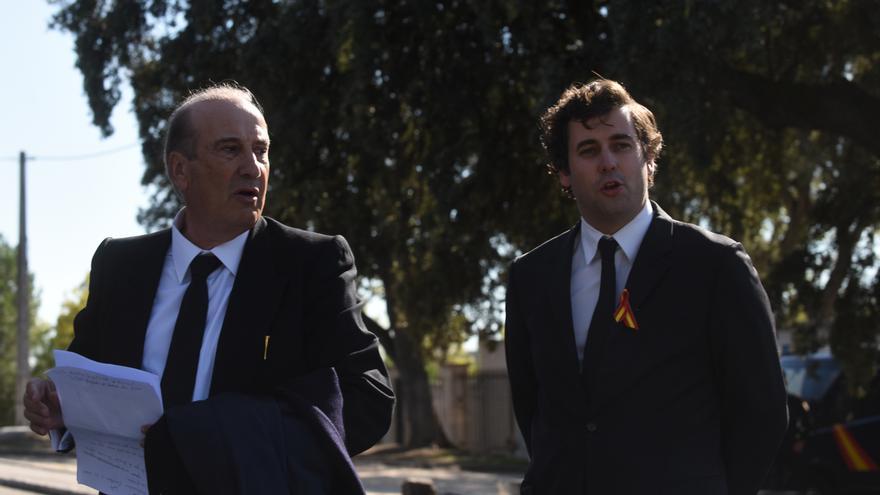 The American vulture fund Elliott paid 8.5 million euros for one of the parking companies of Francisco Franco’s descendants, Estacionamientos Urme, sold last year in full distribution of the inheritance of the dictator’s only daughter, Carmen Franco, who died at the end of 2017.

The amount of the transaction, an operation that elDiario.es advanced A year ago, it is included in the annual accounts for 2019 that the buyer company, Ipark Parking and Mobility Services, has just deposited in the Mercantile Registry.

“On June 26, 2019, the Company acquired 100% of the shares of the company Estacionamientos URME, SA for a total amount of 8,500,000 euros. As of December 31, 2019, this amount has been fully disbursed, which has been paid by bank transfer ”, explains Ipark in those accounts, available through the Insight View tool.

The buyer is controlled by the Elliott fund through a Luxembourg company, Diablo Investments Sarl, which in turn belongs to another company owned by firms based in the tax haven of the Cayman Islands and Delaware (United States).

Urme was chaired until its sale by Franco’s eldest grandson, Francisco ‘Francis’ Franco Martínez-Bordiú. Its headquarters, like those of many other companies of the clan, was until its transfer in Hermanos Bécquer street in Madrid. Its corporate purpose is “the exploitation, acquisition and administration, in any of the ways permitted by law, of premises for parking, storage, entertainment and custody of vehicles and, in general, of all kinds of real estate”.

The company owns a car park located at 25 Calle Princesa in Madrid, with an approximate area of ​​5,562 square meters on three floors on the ground floor of the hotel that the Meliá chain has had there since 1967. This multinational had rented it from Urme for decades through a “historic” lease, as confirmed at the time by sources in the chain.

The hotel company has a long close relationship with the Francos. As counted in The country in 2001 the journalist Mariano Sánchez Soler, a great connoisseur of the clan’s business, the founder of the tourist group, José Meliá, was “a regular in the dictator’s inner circle.”

Another purchase for 8.2 million

The Ipark accounts also reflect, among other purchase and sale transactions, the acquisition, also in 2019, of another parking company historically linked to the Francs. This is Parking Atocha 70, in which the dictator’s eldest grandson appeared as CEO until 2014, when a shareholding conflict broke out with his partners, who ended up convicted of misappropriation.

The sale was closed less than three months after the Urme deal. “On September 9, 2019, the Company has acquired 100% of the shares of the company Parking Atocha 70, SL for a total amount of 8,200,000 euros,” explains the buyer, Ipark, in its accounts.

The exploitation of garages in Madrid has been one of the clan’s business lines for decades. In March 2002, another of the Franco companies, Oceans Eleven, bought another parking lot at number 359 Bravo Murillo street from the firm Progamallo, linked to the drug trafficker Marcial Dorado. Progamallo had bought that property in 1998 for about 2.3 million euros of “illicit origin”, as ruled by the Supreme Court in February 2016. It obtained from Oceans Eleven a consideration of 7.2 million (plus VAT). The sale was registered for less than 5 million, which allowed the Galician drug dealer to stop entering the Treasury 794,133.37 euros for Corporation Tax, according to the Supreme Court.

Oceans Eleven was then 100% owned by another Franco company, Centro de Agentes Unidos del Calzado Español, SL (Cauce SL), which two years ago was sentenced by the National Court to pay the Treasury about 2 million euros in terms of fees, penalties and interests, for the transfer in 2003 of a set of offices and parking spaces to another clan firm “without tax cost”, although it had no right to this, according to the sentence.