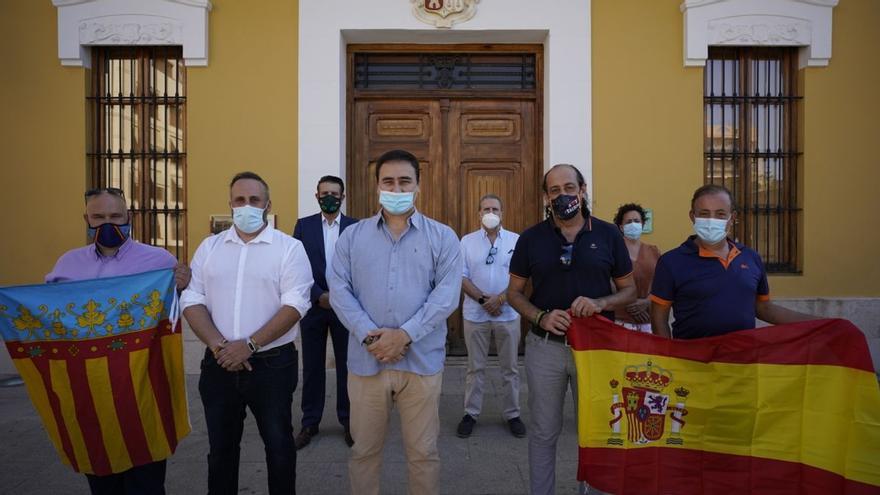 Everything precipitated during the debate of the point in which the adhesion of the consistory to the Institutional Declaration of the Spanish Federation of Municipalities and Provinces (FEMP) was proposed on the occasion of the celebration of the International LGTBI Pride Day. As explained by the mayor of Vox, “the socialist councilor began her speech expressly alluding to me: ‘this goes for José Vicente,'” says the councilor.

“Tired of the attacks that my party has suffered every June for the feast day of the Gay pride“Aguilar admits, he closed the page on which he had written the intervention he had prepared from home« and I jumped in and took out everything I had inside, “he tells this newspaper. “It struck a chord with me and I spoke with my heart,” he acknowledges.

The 44-year-old councilor has been in active politics since May 2019, when he obtained the only act of Vox in Burjassot. Before he had been a member of the PP, without positions of responsibility, but decided to leave the popular ranks “disenchanted by the politics they were doing in recent years.” His brother was the one who encouraged him to join Vox.

According to the councilor, his coming out of the closet in a municipal plenary session representing a party like the one led by Santiago Abascal, with the existing antecedents and his way of thinking, not only in the matter of LGTBI, where he has supported the Hungarian law on pedophilia and homosexuality, but in others such as abortion, equality or sexist violence, supposes “a relief to the double pressure of treating me as homophobic or racist for being from Vox”.

José Vicente Aguilar explains that “I have never hidden my sexual orientation, my family has always known it, although I could not tell you from what age, but I do not give it importance. I have always been very reserved with my private life. Mine do know, but party or corporation colleagues had no record and now they have been surprised. I like to separate personal life from politics and professional life, since one thing does not imply the other, “he explains.

After his announcement in the municipal plenary session, he reveals that he has received the support of other party colleagues from several consistories of the region of l’Horta, with whom a photograph was taken yesterday at the gates of the Burjassot City Council. “The news has spread among party colleagues and I have received support.” In this sense, he points out that “at the moment, I have no record of disapproving comments for making my homosexuality public, only support and affection,” he insists.

However, How will the regional or national leaders take their ‘coming out of the closet’? Aguilar rules out retaliation or pressure. “Honestly, I don’t think any of that will happen. On the contrary, I hope the support both at the national and provincial level, because at the local level everyone has shown me their support, “he says.

But nobody escapes the hard line that Vox maintains in certain aspects. «The guideline is that we are against the beach bars that the left rides to get votes, not against people. In personal and private life, each one can live, coexist or sleep with whomever he wants ». In fact, José Vicente Aguilar was the only councilor of the plenary session who on Tuesday rejected Burjassot’s accession to the institutional statement of the FEMP on LGTBI. “I voted against that, because I am against the chiringuitos on the left,” he says.

The councilor does not know if he is the first Vox leader to publicly come out of the closet but he does assure that “if this helps people from the party who are in this situation to decide to tell it and vent, I would be happy to be an example for all of them.”

For their part, Vox sources say “there is no problem with homosexuals in the party, that there are “. Instead,”we are against the LGTBI collective because it works as a lobby“, they affirm.