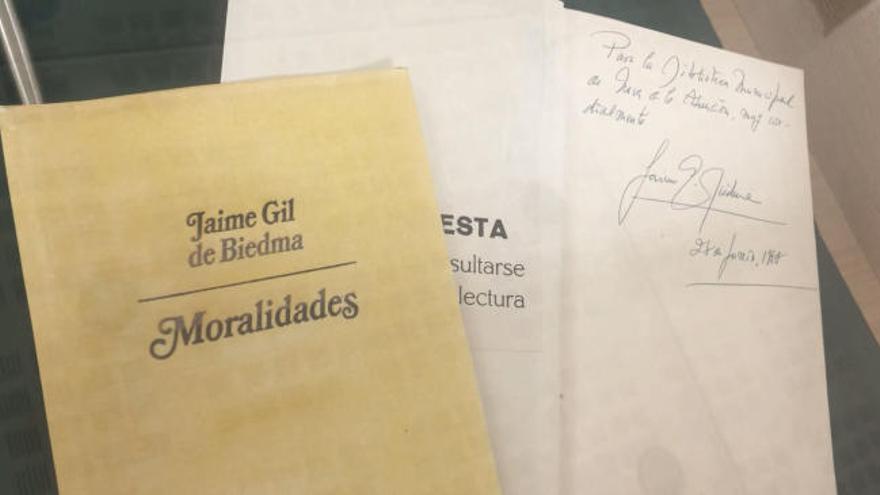 The Consulate General of Spain in New York presents the day of the birth of Jaime Gil de Biedma a video of a duration of 1 minute and 47 seconds on the 30th anniversary of his death. The video is framed within the #ProgramWindow, a window to the Spanish culture of the Spanish Agency for International Development Cooperation (AECID), in order to continue promoting the internationalization of artists, creators and cultural industries in Spain despite the limitations imposed by the pandemic, through networking and mainly through digital means.

Jaime Gil de Biedma, born in Barcelona on November 13, 1929, it’s considered one of the most important contemporary poets in Spanish of the 20th century. His poetry focuses on concern for the loss of youth and love, as well as the destruction of memories and the passage of time. Gil de Biedma’s poetry is called “poetry of experience“although he himself affirmed that it should be called” from the experience “, since what happens in a poem” has never happened to one “. Jaime Gil de Biedma is considered one of the most influential members of the Generation of 50. His poetic work has been translated, among others, into English, French and Italian.

The video pursues a double objective. On the one hand, pay homage to the life and work of Gil de Biedma, supporting its internationalization and the promotion of poetry in Spanish, and on the other hand, underline the importance of the program launched by the Consulate of Spain in New York that seeks to take projects from the virtual plane to the real one. In this way, the video announces the celebration of a face-to-face congress and an exhibition about the poet, to be held in spring 2021 in New York.

To hold this Congress, whenever the health situation allows it, the Cultural Section of the Consulate General of Spain in New York has already maintained contact with the Princeton University, with the publisher Penguin Random House and with him Instituto Cervantes in New York.