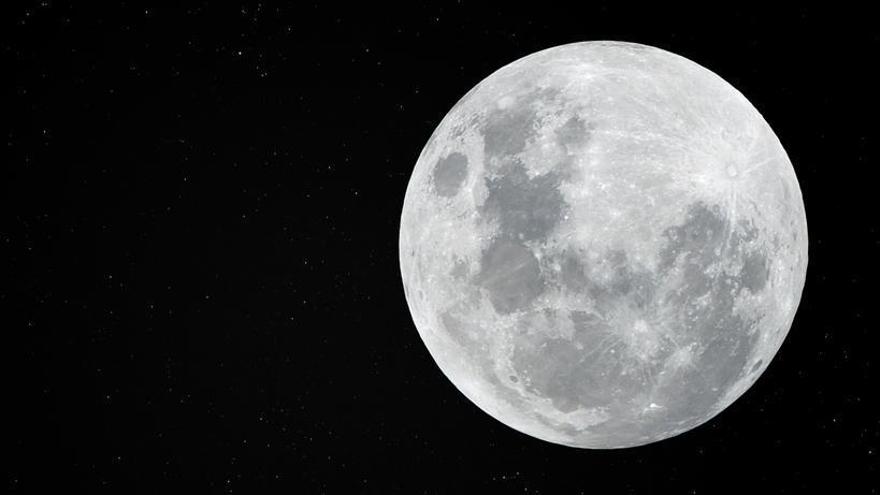 Water molecules can be generated on the Moon and other small bodies without atmosphere when hydrogen ions from the Sun collide with the abundant silicate material Of the surface.

It is the conclusion of simulations carried out in the laboratory by a research team led by Yusuke nakauchi (JAXA), the Japanese space agency.

In recent years, observational data from lunar explorers have reported the existence of 'water from the Moon', leading to a discussion about the possibility that OH or H2O molecules are being produced in the irradiation of the Moon's surface by the solar wind.

While it has been collectively called "moon water," it was unclear whether the presence of OH or H2O groups was being detected. Experiments have previously been conducted to simulate the irradiation of the lunar surface by the solar wind and it was reported that H2O can be generated through micrometeoroid impact after irradiation with hydrogen ions, JAXA reports in a statement.

In these new experiments it was found that the irradiation of hydrogen ions alone can be sufficient to generate H2O. These results show that H2O can be generated in a very simple reaction on the Moon and in the surface layer of small bodies that are directly exposed to hydrogen ions from the solar wind.

In this study, the surface of the celestial body was simulated using a powdered sample of hydrated silicate mineral (serpentine and saponite) found in carbonaceous chondrites.

East was installed in a high vacuum environmental chamber and irradiated with a hydrogen ion beam to simulate protons in the solar wind. The process of formation of OH and H2O through irradiation by the hydrogen ion beam was investigated by a detailed examination of the changes in the reflection spectrum of the near infrared.