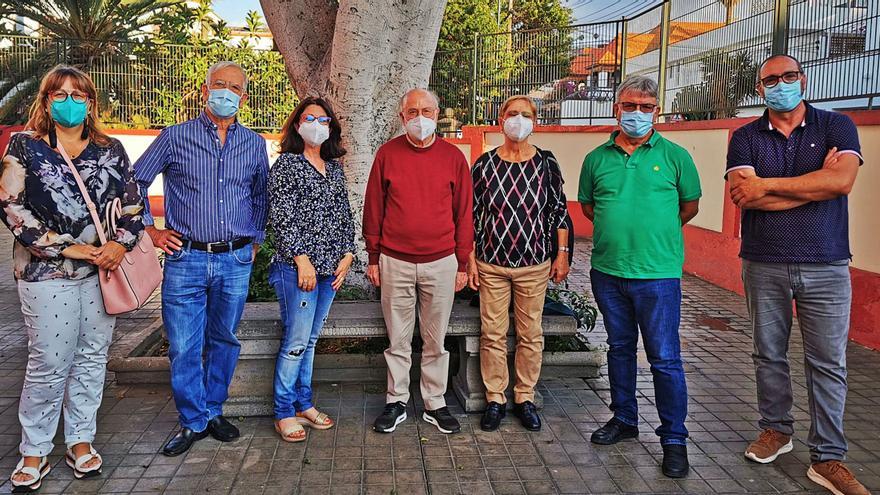 Quintana points out that the idea was born in June 2020 “because the texts that the Church and Christian groups still use come from the mainland. We thought then to make a New Testament in Canary that was also inclusive. I discussed it with Bible specialists and committed Christians and was very well received. For this reason, if at first we had thought to do only the Gospels then we decided to put ourselves with the 27 books of the NT ». The idea was that each text would be seen by two people who would make their contributions in Canarian and inclusive, based on what Quintana created previously, in a meticulous work that later “I collected and a specialist gave them the final approval. Priests, Christians and grassroots groups from all the islands have welcomed the project very well.

Juan Barreto’s contribution to this New Testament has been the adaptation of some texts, specifically the Gospel of John, as well as some aspects of Paul’s letters. «In any case, my contribution was earlier because I contributed to the translation group for the entire NT. This work has two moments: that of the translation carried out 34 years ago by a team led by Juan Mateos, in Rome, for a long time, with a specific work that was done at the same time as the work of the Greek-Spanish dictionary was undertaken of the NT. It was a translation of the original Greek texts and the same document was the one that was used for the adaptation to the Canarian idioms of Spanish ».

Antonio Quintana has coordinated this very laborious work of months. “I think the result is positive since it has become closer to our style, to our way of speaking.” Already the original translation had been a great effort to overcome the synergies of secular translations to bring it closer to the language. “At the end of the day, the word has to find the interlocutor and this feel the language the more related, the better. This is taking scrupulous care so that the meaning of the original text is reflected as strictly as possible in the translation.

«My contribution has also been in the adaptation of Juan’s text to the Canarian idioms, such as, above all, the you and some expressions now such as, for example, the word became a fragile human being, where it was said: the word became meat. In that sense, in Spanish, meat evokes something else. However, the original Greek text and its Semitic background reflect the human being in his condition of weakness. When it speaks of meat it does not refer to the kilos of the body but to the weak condition ».

According to Barreto, “when talking about the world, it has many meanings in Greek. As an example, when they ask Jesus and he says: my kingdom is not of this world. It seems that it has to be understood in the contrast of this world of Earth and that of heaven. However, the text does not refer to that. When John puts that expression in the mouth of Jesus, the word he uses as world means system, in the sense that today we can speak of the economic, political and religious. Jesus says that his kingdom does not belong to this system that, according to John, has as its principle lies and murder, even using the name of God for this. «Jesus says that if he were of this system he would also have soldiers. My kingdom is from here too, from this world, but it does not belong to that perverse system.

Felipe Bermúdez, points out that, firstly, he had to edit part of the content of the 27 books and then, between the biblical scholar Juan Barreto, who is more a specialist in Theology, “and I did a complete revision,” that is, the texts have been reviewed by four or five people at a time. «Some colleagues did a first reading to introduce Canarian speech and inclusive language. Others of us picked it up and checked it. Another person checked again and later, Juan Barreto and I did the final reading, that is, the same text passed through several hands throughout the year. I had to read it and confront it with the original translation.

«I have been looking chapter by chapter of the 27 volumes, verse by verse, checking if the meaning that appears in the text is in accordance with the original translation and then if the changes have been made correctly. Each of us was contributing his own. One of my modifications was, for example, in the parables when reading: you are the light of the world, you are the salt of the earth. In the Spanish version it is said that a light is not turned on to put it under the bushel, which was a container to measure the grain, but we have adapted it to under the table because the meaning of the Gospels was that.

He points out that his participation was focused on indicating in the title that it is an adaptation to the inclusive and Canarian language, not a translation. «I reviewed some letters, I read them and I was writing down things to change. For example, if in a writing we are said or about men in general, and women are included in the same word, it is necessary to modify this and already in society, normally, it is done instead of generalizing to the woman in the term of men ».

Juani Sosa has participated in the inclusive language part of the New Testament. «It is not written with this type of language because we have always lived in a patriarchal society, the Gospels have been written by men and the role of women at that particular time, was null or was not taken into account and no one had considered that it be written in such a way that both men and women were made visible. For example, Jesus stands out: love one another as I have loved you. It goes without saying that, but only: love each other as I have loved. Or when it is expressed: Jesus approached a blind man. Well, change it to: Jesus approached a person with blindness. We also want to raise all the realities that people have from our differences.

Roberto Perdomo also made his contributions. First, in terms of gender and then, in terms of the Canarian lexicon without breaking the biblical part of the texts. “We have introduced terms such as: he stayed with magua …”.

Vilavert highlights that the expressions of the New Testament were written in a context and a time where feminine language does not appear anywhere. “Everything is masculine: brothers or the apostles. Everything is directed at men. It was about looking for expressions that were, or neutral, as people or, in some way, included us women present at that time. That has been the task of carrying out each text to see in what neutral way “we could express it without changing the meaning of them. There is a group of female disciples who constantly accompany Jesus. When he addresses the people in his parables he always addresses men. It seems that women do not exist.