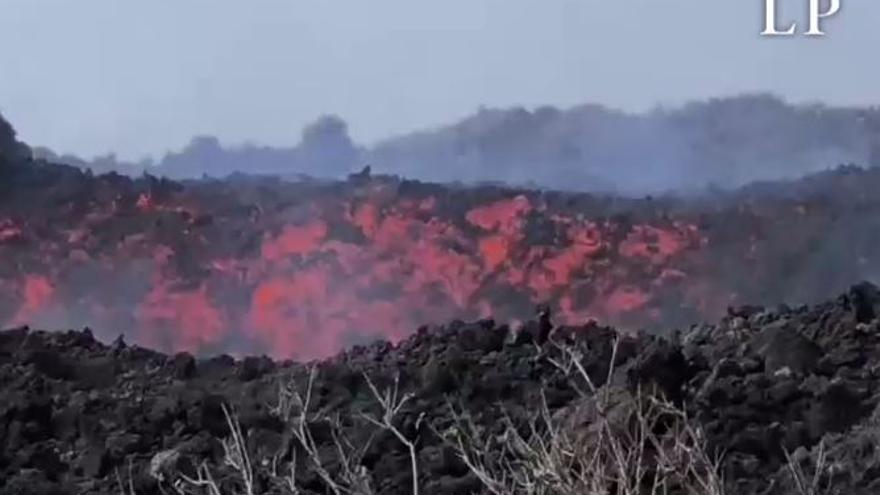 “The registry will avoid endless times between the processing and the receipt of aid,” as often happens when a catastrophe occurs, Rodríguez assured.

The registry, which will depend on the Vice-Ministry of the Presidency of the Government of the Canary Islands, will enter into force on November 3 and it will be open until six months after the catastrophic situation of La Palma takes effect.

The norm establishes that the Registry of Affected Persons will be constituted in the main tool for expediting aid, since it will allow them to prove their condition and be beneficiaries of them.

The norm indicates that the Government of the Canary Islands and the local corporations will work in a coordinated manner for the best application of the planned measures, as well as for the exchange of necessary data, and where appropriate, they will enter into the cooperation agreements that are necessary, without prejudice of their own competencies. Local corporations may act as collaborating entities of the registry.

All natural or legal persons or entities that have suffered damages or losses of a personal or material nature, as well as economic losses, derived directly from the emergency situation created by the volcanic eruptions on the island of La Palma, may register in the registry.

The Administration of the Autonomous Community of the Canary Islands will ex officio consult the identification, residence and coexistence data, social and economic circumstances and any others that are necessary to prove the condition of the affected person and for the subsequent granting of the aid.

The decree also empowers the Government to carry out replacement works on the highways, regardless of the administration to which they correspond, proceeding then to return said actions on highways to the competent administration.

Likewise, and to guarantee water for human consumption and agricultural irrigation, the Government may carry out as many actions as necessary in the hydraulic infrastructures, declaring them of regional interest.

In a different vein, the Governing Council agreed this Thursday to declare a catastrophic circumstance concurrence in order to carry out a credit extension, with the aim of processing, in a subsequent file, an increase of ten million euros in certain Items for emergency aid for the La Palma volcano.

The proposal is based on the need to provide for the concession of emergency aid as a result of the cessation of activity of self-employed persons, SMEs and companies in the areas affected by the volcanic eruption, for which a future increase in the existing endowment in a budget program of the Directorate General for Economic Promotion.

Specifically, the aid is intended for commercial companies and self-employed persons who are unable to carry out their business or professional activity as a result of the eruption of the volcano, either due to the total loss of the business or because the supervening circumstances totally prevent the normal development of the activity.

You can see the press conference after the Governing Council at the following link:

🔴 #CGobCan Press conference after the Governing Council of #Canary Islands

On the other hand, the Ministry of Agriculture, Fisheries and Food launches the public consultation process, from tomorrow, October 29, and until November 8, the order that will make the marketing standard for bananas produced on the island of La Palma more flexible To release bananas that are aesthetically damaged, but suitable for consumption.

In this way, bananas, whose skin is affected by the ashes, but whose pulp is intact and, therefore, their fitness for human consumption is guaranteed, may be destined for free distribution, as well as to the destinations of the withdrawals contemplated in the framework of the Program of specific options for remoteness and insularity (POSEI) for the Canary Islands, among other uses, to avoid food waste.

The future rule will be in force for at least one year, and may be extended depending on the evolution of the situation.

This measure joins others, also of an economic nature, detailed yesterday by the Minister of Agriculture, Fisheries and Food, Luis Planas, to the agricultural and fishing sector affected by the eruption of the volcano on his visit to the island of La Palma.