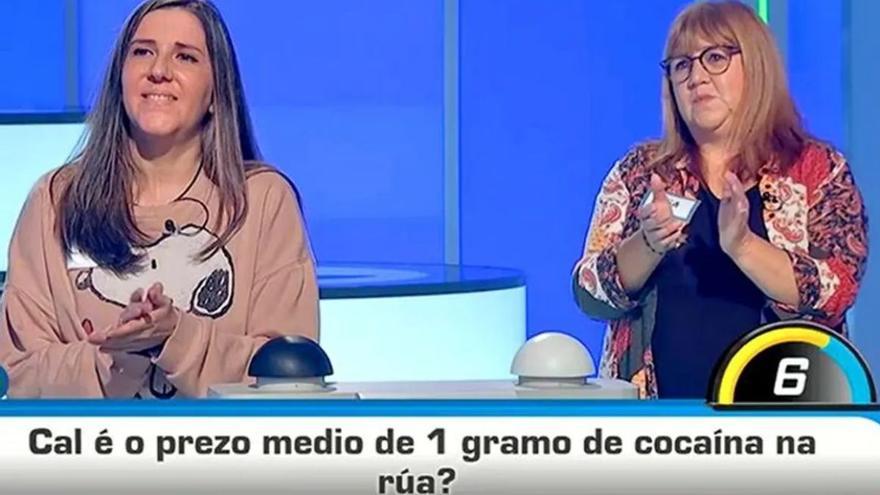 The controversy has been very present in the TVG throughout the last few hours. Galician regional television has had to apologize for a controversial question it asked in one of the installments of its version of the contest 'Catch me if you can': "What is the average price of a gram of cocaine on the street? 6 or 60 euros".

What are the questions of general culture in the Galician Television programs? pic.twitter.com/6qNCPenjsZ

"The CRTVG believes that it was not in the spirit of the program to underestimate the serious problem of drug addiction, but wants to make it clear that the wording of that question was not appropriate, especially since it is a program of questions about general culture", assured the Radio and Television Corporation of Galicia in the statement sent to the media.

For its part, Voz Producciones, the company that produces the program, also apologizes for this error, explaining that this issue appears in the annual report of the Spanish Observatory of Drugs and Addictions (CEDA) prepared each year by the Ministry of Health of the Government of Spain: "It was transferred to the contestants with an inappropriate formulation".

In addition, in this statement, CRTVG also has announced that it has eliminated this delivery from its on-demand service, underlining the commitment of the public media in the fight against drug addiction is unquestionable: "He shows it both in his daily work and in the different actions and institutional alliances in force to eliminate this serious social problem."