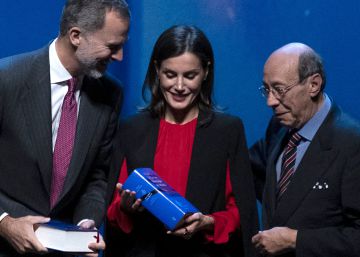 The closing of the XVI Congress of the Association of Spanish Language Academies (Asale) He has made a journey of five centuries, from Cervantes, "the supreme of our language", in the words of the academic Francisco Rico, until the Spanish Language and Artificial Intelligence (LEIA) project, which the 23 academies have signed this Friday in Seville with six technology giants so that the machines learn to speak a correct Spanish. In the act, in the theater of the Cartuja Center and chaired by the Kings, the Royal Spanish Academy (RAE) has also presented its edition of the complete works of Cervantes: seven titles published since 1998. The last to join has been The works of Persiles and Sigismunda.

The suicide of Plácido Domingo