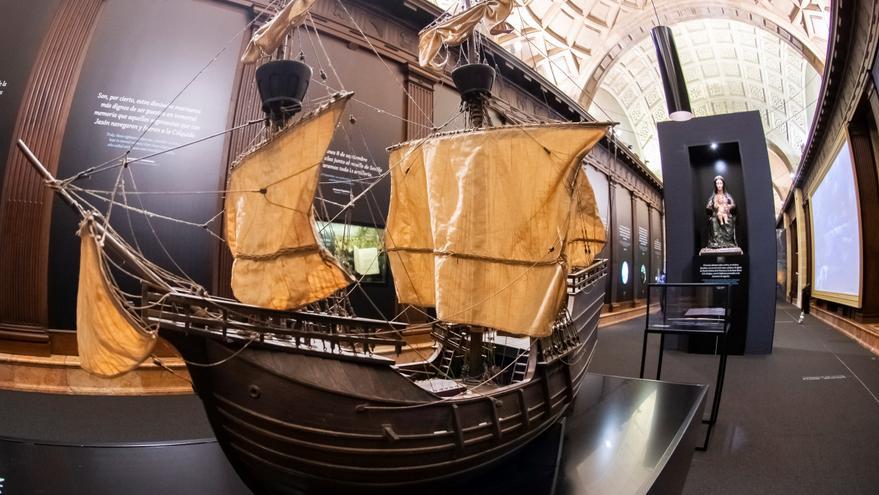 Seville, Apr 1 (EFE) .- The General Archive of the Indies has chosen as the document for April the testimony of a sailor who witnessed the “stupid for unnecessary” death of Fernando de Magallanes 500 years ago in the Philippines, as inferred of other manifestations of the battle in which the captain general of the Army of the Spice died.

Within the judicial process to claim the inheritance of Magellan, the Greek Nicolás de Nauplia declares that in April 1521 he was with him in a fight against a local kinglet: “I saw him kill with bolts and a spear that they gave him for the throat, this is the truth. ”

“We usually find documents enclosed in others that are authentic treasures”, underlines the Archivo de Indias in relation to the testimony of the sailor who saw how Magellan died, with whom he had a special relationship and was one of the 18 who completed the first round the world already under the command of Juan Sebastián Elcano.

Beatriz Barbosa, the widow of Magellan, and the only legitimate son they had had, Rodrigo, had died before Elcano’s return in September 1522 with the ship Victoria, which carried nails and “the bad news of death” of the captain general. .

The lawsuit before the Council of the Indies was initiated by Magellan’s father-in-law, Diego Barbosa, “a Portuguese exile who had become a lieutenant of the Reales Alcázares and the Atarazanas de Sevilla, as well as a ‘caballero twenty-four’ (that is, alderman) of the city “, recalls the Archivo de Indias.

Barbosa died in October 1524 without having seen his claims satisfied, as the litigation went from courtroom to courtroom for seven years, and his only son, Jaime, resumed the lawsuit in 1540.

For this, he brought the Greek sailor as a witness, who in 1529 came to the aid of the descendants of Magellan to answer an interrogation before a public notary and the ordinary mayor of Seville.

The sailor, who was then 50 years old, knew that Magellan had been a father because he held the son in his arms “many times” when he was six months old, before the start of the trip to the Moluccas.

Asked how he knows that the captain general died in Mactan, the sailor answers that “because this witness was at the time next to him, by his side” and saw the spear they hit him in the throat. “E did not sign it because he said he did not know how to write it,” adds the document with his testimony, which is “little known,” adds the Archivo de Indias.

Until now, the most widespread account of the combat in which Magellan died is that of the chronicler Antonio Pigafetta, who “covered with epic” what happened with the captain general and said that, “despite having been hit by poisonous arrows and several thrusts , defended the withdrawal of his wounded men to the bateles, managing to save many “.

The historical archive emphasizes that after the hard crossing of the Pacific, and after contacting the natives of what would later become the Philippines, Magellan “developed a controversial policy that is still debated today by historians.”

“Contravening the royal orders, which were very clear, he interfered in the enmities of the local kings, allying with some, demanding the submission of others, and taking sides in wars that hindered the main objective of the mission, which was none other than get to the Moluccas “, adds the file.

Associated with Humabón, the king of Cebu, and a chief named Zula, he faced an enemy of both, Lapulapu, “with a small troop of fifty men in Mactan.” “Disregarding the advice and help of his native allies, he began a skirmish without having studied the terrain well, and further underestimating the enemy forces.”