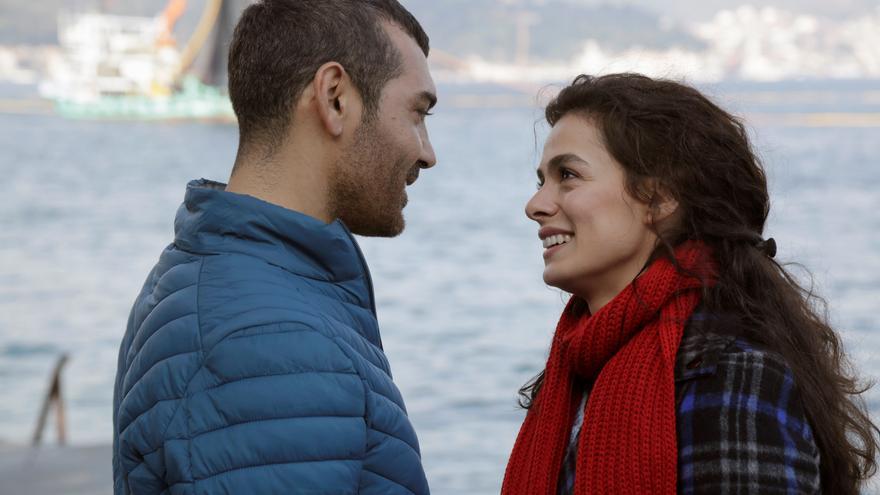 Madrid, Mar 14 (EFE) .- They entered the competitive audiovisual scene through the small door of thematic channels, but they have already become the television routine of millions of people. Turkish series have devoured the ‘prime time’ (main time slot) of open channels at night and are living in Spain their golden age, after having swept half the world.

On Antena 3, a pioneer in betting on Turkish dramas, they have managed to win four consecutive nights of ‘prime time’: “My daughter” (2.5 million viewers, on average), Sundays and “Woman” (2.3 million ) on Monday, Tuesday and Wednesday. And on Telecinco, which is not registering as good results as its main rival, “Love is in the air” (about 1.5 million) is broadcast on Tuesdays and Wednesdays, followed by “My home, my destiny.”

Atresmedia guessed what was coming after the results obtained in 2018 with “Fatmagul”, the first Turkish production they bought, which swept its thematic channel Nova. It became, and still is, the most watched series in the history of a secondary channel.

“The success led us to think that perhaps our main channel (Turkish series) could be a good option,” Atresmedia TV’s deputy director of content, José Antonio Antón, tells Efe.

They then took the risk of taking Antena 3 “Mujer”, which “is one of the most acclaimed and best-made Turkish series in recent years and it was a success”. The important thing, he adds, is to dedicate time and resources to the selection of products since “not all the Turkish series are good, nor do they all work in audience.”

NEITHER TELENOVELAS, NOR A GENRE IN THEMSELVES

Two things are always clear to those who work commercializing Turkish dramas. The first, that they are not a genre in itself, the “Turkish genre”, since each production made in Turkey (the second country that exports the most fiction, after the United States) is different and there are many genres.

And the second, that not all are soap operas. Some yes, those that are conceived as such, shorter, for daily broadcast and with a lower budget. But those that reach Spanish prime-time “are fiction productions of the highest quality, with very careful scripts and stellar casts”.

They do have several peculiarities: an extremely slow pace and a duration per chapter of two or three hours. “But the budget for a Turkish” prime time “series, that two-hour episode, can be compared with the budget for an open series in Spain”, Barbora Suster, director for Latin America and Iberia at Eccho Rights, tells Efe. a company that sells audiovisuals and specializes in Turkish drama.

They were the pioneers in Spain, as they mediated the arrival of “Fatmagul”, which laid the foundations for the subsequent hurricane. “Six years ago absolutely nothing Turkish was sold or bought in Spain and today we have almost completely sold the catalog,” he says.

After “Fatmagul” came “Elif”, “Cennet”, “Everywhere I go”, “My home, my destination” … Titles known to more and more people who have become familiar with the Tarlabasi neighborhood or the walks through the Bosphorus river and for those who eat fig leaves or dolmas it no longer sounds so remote.

It is the question that many are asking. How is it possible that, having so much channel, platform and original production to choose from, thousands of people bet every night on this fiction that a priori can squeak many?

In the opinion of the expert in audiovisual distribution Judith Clares, professor at the Open University of Catalonia (UOC), the first reason is that “its content is universal”. “They talk about family, love, work, day to day. They have that soap opera point close to the Latin American soap opera. But they are more contemporary, close, European ”, he tells Efe.

Basic stories repeated a thousand times that are the choice of many. “We think that simple things do not like, but there are many people who like simple stories” and many people who, despite the rise of platforms, “still want to see what they program.”

“We are at a time when the ‘boom’ of audiovisual content is enormous. We all look at the platforms because it is the novelty and they have huge content catalogs, but we forget that there is still a large audience on general television ”, he adds.

Public who want to see different things and the Turkish series for the moment are, thanks to that “added exoticism” that, adds Suster, is another reason why the public chooses them.

Will it be a temporary phenomenon? In the opinion of the Eccho Rights board, it will not be. “I don’t think it’s a phenomenon but a trend that is here to stay.” Now it is “very full” and “it may be that later it will go down” but “it will not disappear” but “it will find its place within the audiovisual panorama of Spain”.