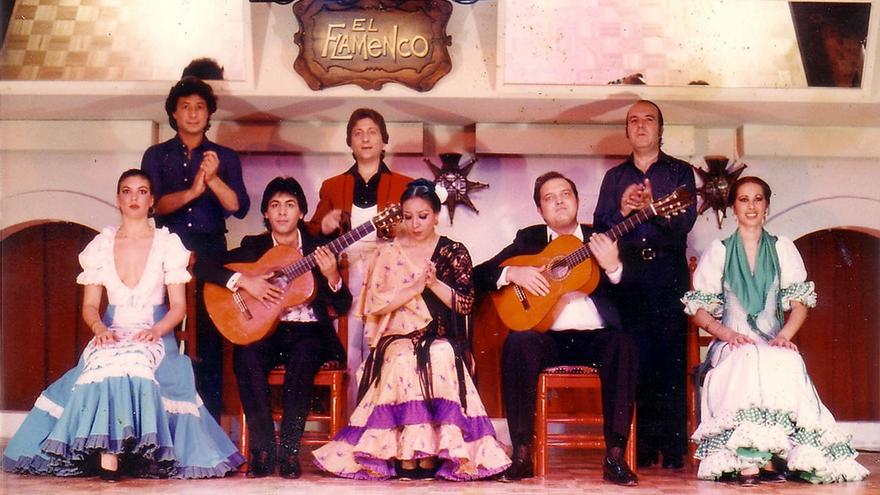 For flamenco artists, Japan is more than just an island nation where the exotic meets technology. For them, Japan is that land of the mythical East where Flemish artists are worshiped as true gods.

Antonio Gades, Cristina Hoyos, Paco de Lucía or Camarón himself are part of the Shinto pantheon along with the other kami. They are sacred spirits, deities celebrated and respected for their divine origin. All things considered, flamenco is a sacred impulse turned into artistic expression; an ancient faculty that very few people possess. In Japan they know it, hence their devotion. What is curious, not to be embarrassing, is that our most original art is more esteemed there than here. But it is like this.

We can conjecture that the contempt that flamenco art suffers in our country is a matter of the political instrumentalization that it suffered during the Franco regime. But perhaps this is not the case, and it is due to the institutional laziness of our political class or the lack of cultural roots, the fault of a racist education. Who knows.

The truth is that flamenco is one of our pending subjects, and that the treatment that flamenco artists do not receive in our country is found in Japan. To get closer to the history of flamingos in the country of the rising sun, a book has just come out with the suggestive title of ‘A tablao in another world’ (Alianza). It is signed by David López Canales and in it he tells us the adventures of a series of flamenco artists who discovered a hospitable land in Japan; a welcoming place where they found a dignity translated into jurdós, or what is the same, money that counts and sounds. Yen that they gave to buy a house in Tocateja; a house paid in cash like the one that guitarist Pepe Habichuela and his wife, bailaora Amparo de Bengala, got.

In this book his adventure of months on the other side of the world is collected together with the adventures of leading figures such as Ramón el Portugués or Tomás de Madrid, a bailaor who first set foot in Japan in 1971, discovering not only the site of welcome to his art, but the place where he would develop his activity as a creator of shows that in Spain would have been difficult, not to mention impossible, to carry out.

But Japan also has its little things. This is how the many artists who appear in this book tell it. Because being away from home brings fatigue, especially at mealtime, since you have to know how to order what you put in your mouth. For this reason, Pepe Habichuela and Amparo went to Japan with overweight luggage. The suitcases were loaded with everything they were going to need for their adventure, from olive oil to legumes, not forgetting the pans to make a gypsy pot. Then there is the move around the unique territory. There were those who started to cry in the subway for being lost.

It was urgent that, once and for all, a book be written about what Japan has meant –and means– for flamingos. For this matter, this work by David López Canales is a pioneer in an issue about which little or nothing is known. Not only does it collect the experiences of all those who one day decided to leave their homes to find the money, fame and respect that they did not find in our rude country, but it also tells us about the Japanese men and women who left Japan to come to Spain with the intention of learning an ancestral art that is a world heritage site. For all that has been said, ‘A tablao in another world’ is an entertaining and highly recommended read.