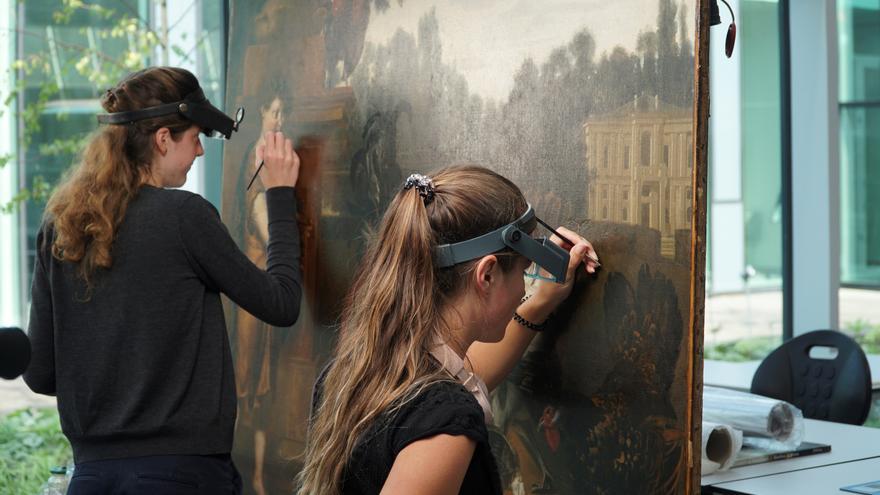 Amersfoort (Netherlands), Sep 11 (EFE) .- Half a million works placed in rooms with temperature adapted to the material add up to four national collections, including that of the Rijksmuseum, which already coexist together in the largest art repository in the Netherlands. a sustainable building that serves as a center for knowledge and conservation.

The Netherlands Collection Center (CC NL) in Amersfoort, which seeks to promote loan trafficking, will be inaugurated next Monday by the Minister of Culture, Ingrid van Engelshoven, and, during a previous visit, the manager, Wim Hoeben, disengages Efe from this project, which began to “cook” in 2011 with the first conversations, and whose plan was defined in 2015.

“It is a huge building measuring 31,000 square meters and it is the result of the collaboration between four large institutions responsible for a large part of the state art collection. We all had space problems in the warehouses and we decided to design a building that is ideal for the four of us, “he explains, ruling out the possibility that other institutions may join in the future.

The building merges the art collections of the Netherlands Open Air Museum (Arnhem), Het Loo Palace (Apeldoorn), the Rijksmuseum (Amsterdam) and the Cultural Heritage Agency (RCE), institutions that had these pieces scattered around different locations, due to the lack of space in their warehouses.

The works range from paintings and sculptures, to furniture, an iron, old detergent cans, carriages, swords or horse riding equipment.

It also includes Tarzan, a 7,200-pound steam engine; a 7.60 meter wide organ that survived the great floods of the middle of the last century in the Netherlands; and the royal throne on which Queen Wilhelmina (1890-1948) was crowned, with a giant W engraved on the back, Wilhelmina’s initial, her name in Dutch.

THE JOURNEY TO THE NEW HOUSE

Each work has its own barcode adapted to the CC NL system, with all the data that defines it, including the name of the owning institution, and before placing them in the corresponding room, the employees reviewed them, took new measures, They were disinfected and taken several photographs.

The move was an adventure, amid fears that the pandemic would delay the tasks of moving from 14 different locations throughout the Netherlands, to the center of the country, where the pieces are arranged in groups that depend on the object, its size. , and the required climatic conditions: excess moisture causes mold, and its absence – cracks.

In the end it took a year, 869 trips in large trucks, usually with a trailer, and countless Styrofoam balls and rolls of paper to package and protect vases, precious paintings or historical rugs, as well as headaches and juggling to avoid scratches to objects. giant or fragile that now rest in the warehouse.

The construction of the warehouse, which resembles a hangar where the windows are conspicuous by their absence, had sustainability as a priority from day one, so the roof is covered with 2,100 solar panels, a thermal energy storage system is used and rainwater is reused for toilets.

The building is not open to the general public and it is the museum’s curators who decide which pieces to exhibit and where, but the CC NL has a facility for the reception of students and researchers and if someone from the public is interested in one of the Specific objects can make an appointment for a visit to Amersfoort.

For employees, the CC NL has workshops to restore and investigate pieces of art, spaces to organize projects and set up exhibitions, a photographic studio, an X-ray room, a cold room, another for pest treatments and two of Low oxygen to quarantine the works and purify them of moisture or insects.

The building, clad on the outside with aluminum, has three sections: the head, the neck and the trunk, the latter being the warehouse, totally protected from outside light, while the head is open to the sun’s rays and houses the offices and reception rooms.

“We try to focus on sustainability in each of its individual aspects,” says Hoeben, as he closes with all his muscles dragging the giant and heavy sliding doors that divide the warehouse. They are not automatic, precisely to save energy. AND