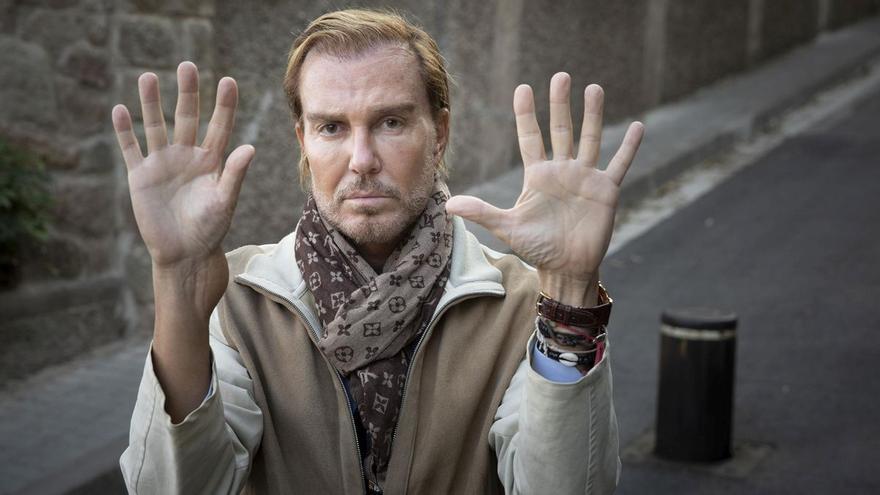 August 19, 2018 was fateful for Ignasi F. Sanza, a renowned plastic surgeon with 9,000 operations in tow and founder of a clinic with his name. At 56, Sanza was forced to leave his profession due to the accident caused by the bollard installed in Colònia del Tibidabo street, in the upper part of Barcelona and near his residence. The tubular cone that is lowered to allow vehicle access was suddenly raised as he passed by with his motorcycle. His wrist was shattered and since then he has not been able to operate again. The Tibibado Park, responsible for the management of the bollard and Town hall of Barcelona, its shareholder, ignored his claim. For this reason, the doctor has filed a lawsuit, to which he has had access El Periódico de Catalunya, a medium that belongs to the same group as this newspaper, in which it requests almost two million euros of compensation.

A contentious-administrative court of Barcelona is processing Sanza’s lawsuit, in which he attributes the accident to a malfunction of the bollard baptized by the neighbors as ‘Marisa’ (after a nearby restaurant). To prove it, your lawyer, Sergio Mercé Klein, has provided photographs, videos, notarial deeds, testimonies and expert reports. In October, the magistrate proposed mediation to the surgeon and the city council, understanding that the “conflict” could be resolved through this system.

After the first briefing, the council declined to open this mediation process which was taken over by the Generalitat, given “the total lack of possibilities of agreement and reaching a transaction with the claimant,” according to municipal sources. A spokesman for the city council added that if the plaintiff “wants to propose any agreement, he can do it equally and confidentially between lawyers within the judicial process.” The plaintiff and his lawyer do not understand the rejection of this system by the council. For this reason, the court case continues its course.

Initial denial and battery of tests

The lawsuit comes after the municipal authority denied Sanza’s claim administratively. According to its resolution, the intervention of the bollard in the surgeon’s fall had not been proven and there was no “causal link” between the damage suffered and the possible abnormal operation in the management of the bollard. However, the doctor’s lawyer lists in his brief, a battery of evidence that, according to him, maintains that the accident occurred “as a consequence of the improper lifting of the bollard” regulating traffic on the street of Colònia del Tibidabo.

An essential piece of information, as described in the lawsuit, is that two days after the accident, workers of the company in charge of managing the bollard they deactivated it, “evidencing that it had a completely irregular operation” and despite the fact that the maintenance unit justified said action to “a provisional replacement”. A notaryFor his part, he later certified not only the “poor condition” of the street, but also that the bollard still did not work. In this same sense, the lawyer brings to court the testimony of neighbors who state “the continued existence of problems with the operation ”of the cone and its“ inadequate signaling ”. There are videos that also reveal deficiencies at “several different times”.

Among other documents, Sanza has presented in court an expert report commissioned by him on the causes of the accident, which reviews the deficiencies of the bollard, the poor location of the traffic light that allows passage or not and the condition of the road. According to the technician who drew up this opinion, the bollard Marisa “it is an unsafe item for motorcyclists and cyclists”. And it concludes that the surgeon’s accident was caused by several failures: the “dysfunction (non-detection) of the inductive loop (security element) in charge of detecting the passage of vehicles and motorcycles when leaving the street”, the “excessive distance” between those devices, “absence of safety photocell to detect the motorcycles on top of the bollard ”, traffic light “incorrectly” located for motorcycles and “absence of a safety sensor based on the force reading”.

In short, precise, “Insufficient security features” and “signaling dysfunction.” It also detected that the electrical panel was “visibly deteriorated” and that the presence of humidity, for example with rain, on the pylon “can cause an erroneous signal to the detector and damage the system.” The operators who were in charge of their maintenance recognized that these devices were causing problems, they were old and that in some “there is no drainage tube to evacuate the rainwater”. The expert certified years after the accident, in December 2020, that the bollard still had “a malfunction” and was dangerous. The lawsuit states that the injuries suffered by Sanza are “extremely serious” and prevent him from operating and performing other activities Therefore, he claims 1,955,695 euros as compensation plus legal interest.