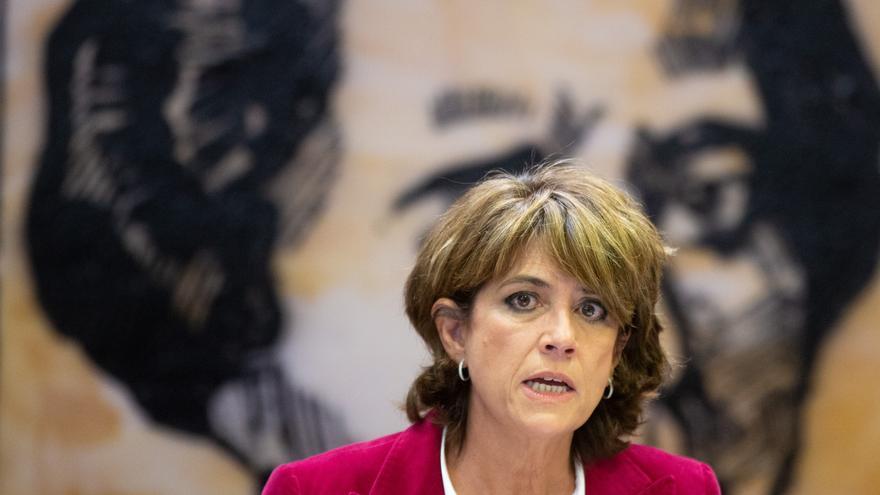 The prosecutor of the labor accident room, Felix Pantojahas shown his dissatisfaction with the initiative of 16 of his companions to urge the withdrawal of a PSOE parliamentary amendment regarding the Statute of the Public Prosecutor. Pantoja, prosecutor of the Supreme Court and member of the same board of prosecutors from the room from which the letter came, understands that the attitude of almost half of its members supposes a "lack of respect and institutional loyalty and sense of service to which we are obliged public workers" and shows his surprise at the text that they have sent this week to the State Attorney General.

As elDiario.es advanced, a total of 16 room prosecutors of the total of 33 have addressed Dolores Delgado by letter on account of an amendment by the PSOE on the future modification of the Statute of the Public Prosecutor. The letter was signed, among others, by the former attorneys general Maria Jose Segarra Y Consuelo Madrigalthe procés prosecutors and members with the trajectory of Elvira Tejada, Rosana Morán or the former Anticorruption prosecutor Manuel Moix.

According to this group of prosecutors, half of the members of what is considered to be the leadership of the Public Ministry, the amendment proposed by the socialist parliamentary group represents "a strengthening of the dependency relationship of the State Attorney General with respect to the Government" as well as a " significant breach of the autonomy and independence" of the Prosecutor's Office. The main function of the board of court prosecutors is to assist the attorney general in doctrinal matters: interpretation criteria of the Law, resolve queries, prepare reports and circulars, prepare projects when they have to be submitted to the Government and any matter that the Attorney General's Office wants bring to your attention. It has a total of 33 members, including ex officio positions such as Delgado's own.

This amendment, number 603, states that the Government may request information from the Public Prosecutor's Office on "those matters of special importance in which it intervenes and which, due to their nature and relevance, must be known", where the current rule says that it may request this information when "there is no legal obstacle with respect to any of the matters in which the Public Prosecutor intervenes". The amendment also adds more controls to the process in another article: "It will be done in writing and duly registered in the medium that is determined by regulation through the Minister of Justice through the State Attorney General," says the text.

The request of the 16 room prosecutors for Dolores Delgado to transfer their complaints to the PSOE is not unanimous, and prosecutor Félix Pantoja has addressed a letter to his colleagues in which he expresses his perplexity at their initiative. "I am surprised, and I do not fully understand, how is it possible that someone, in his capacity as a public official, with legal training and a democratic and institutional sense, can ask a high State authority to urge Parliament, where the sovereignty of the Spanish people, that they renounce to process and discuss, precisely in parliament, what they consider regarding a bill," he says.

It is an initiative that, in Pantoja's opinion, implies that a parliamentary group would have to withdraw an amendment "because some officials disagree with its content" and that leads him to explain his discontent: "I regret as a citizen and as a prosecutor, what this attitude It supposes a lack of respect and institutional loyalty and a sense of service to which we public workers are obliged".

Félix Pantoja has been a prosecutor since 1983 and arrived at the Supreme Court in 2005 after passing through different destinations in Cádiz, Málaga, Madrid and Gipuzkoa. He was on the Fiscal Council between 1987 and 1990 and was also a member of the General Council of the Judiciary. He was promoted to courtroom prosecutor in November 2020 together with Esmeralda Rasillo and María José Segarra.

The letter was sent a few days ago to Dolores Delgado, who is currently convalescing, without agenda or activity, after an emergency surgical intervention. The letter comes at a particularly convulsive moment in the Prosecutor's Office with part of the race, led by the conservative Association of Prosecutors (AF), openly questioning the appointment policy of Dolores Delgado, now also the parliamentary initiatives processed in another power of the State , and on the verge of holding elections to the Fiscal Council, the largest representative body of the race.

These elections to the Fiscal Council will take place on May 4. Currently, this body is made up of 11 members in addition to the State Attorney General. She is an ex officio member along with the Supreme Prosecutor Lieutenant, Maria Angeles Sanchez Conde and the head of the Inspection, María Antonia Sanz. Of the rest of the members, five belong to the Association of Prosecutors and four to the Progressive Union of Prosecutors. The more than 2,500 prosecutors in our country will vote for their representatives, therefore, within a few days.

The accusations of the Association of Prosecutors to Delgado's appointment policy have been constant in the last year, pointing above all to those appointments of prosecutors belonging to the UPF, an association of which the attorney general is a member. Since the appointment of John Ignatius Fields as Lieutenant Prosecutor of the Supreme Court - in which abstained - but also openly criticizing, for example, the management of the case of Ignacio Stampaone of the prosecutors in the Villarejo case, and calling for his resignation.

This association has also addressed the European Commissioner for Justice, Didier Reynders, to criticize the reform of the Tax Statute so that the attorney general is promoted to courtroom prosecutor when she leaves her post. From the Progressive Union of Prosecutors, however, they consider that the AF defends in court positions contrary to those they put on the table of the Fiscal Council and that its objective is to "undermine" the attorney general and the Council itself.

The Tax Council It was created in 1983 and one of its functions is to assist the Attorney General. Among its multiple functions is, in addition to this advice, preparing reports on promotions, resolving disciplinary proceedings, promoting reforms, intervening in the planning of the training of prosecutors and the two with more public projection: preparing mandatory although not binding reports on preliminary projects of the Government and participate in the appointment of senior positions in the Public Ministry.

Recently the Supreme Court has annulled one of these appointments. That of Eduardo Esteban as room prosecutor and delegate for minors in March 2021 against the candidate of the Association of Prosecutors, José Miguel de la Rosa, after estimating an appeal by the candidate and another by the association in two different sentences.

The Supreme Court forces Delgado to repeat the appointment but in a motivated manner in a harsh resolution: "There is a difference between the two applicants that is so striking that it makes the reasons deduced by the State Attorney General in its proposal on the capacity of the appointed, because He does not reason why he considers that, despite such obvious differences, even so, Mr. Eduardo Esteban Rincón is more suitable for that specialized position".