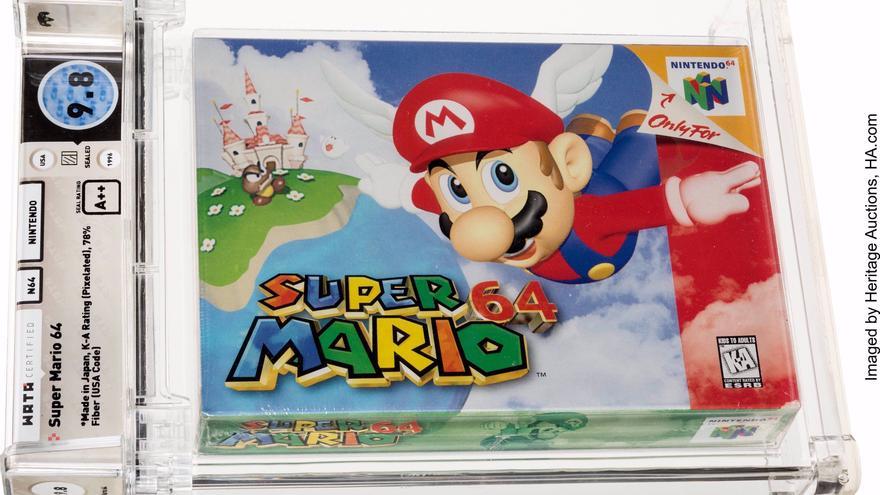 Culture Drafting, Jul 15 (EFE) .- An original “Super Mario 64” video game in perfect condition has been auctioned at Heritage Auctions for 1.56 million dollars (1.32 million euros), thus becoming the most expensive video game in history, according to the US auction house.

One of the fundamental keys to achieving this exorbitant figure has been its state of preservation, with a company valuation note of 9.8, which is close to perfection, even more so in the case of Nintendo games of that time (1996 ), cartridges packed in cardboard boxes in which the passage of time was immediately noticeable.

“Super Mario 64” has surpassed another classic title from the Nintendo factory, “The Legend of Zelda”, a game that came out in 1986 for the first console of the Japanese giant and that recently an original and sealed cartridge was also auctioned for $ 870,000 (737,000 euros).

Its novel gameplay, its graphics so advanced for the time and its own history, which has provided so much fun since its first title for the NES in 1985, caused its popularity to grow like foam, so much so that, today, it is one of the best-selling physical games in history, with more than 11 million copies.

Now, in addition, one of them has become the most expensive video game of all time, being auctioned for 1.56 million dollars (1.32 million euros) at Heritage Auctions.