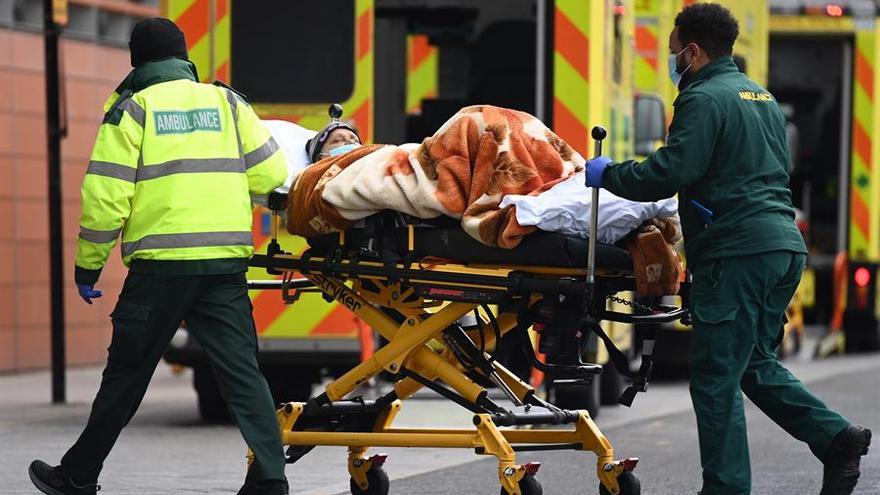 The results of a clinical trial released this Thursday in the United Kingdom suggest that the combination of tocilizumab, a drug used until now to treat rheumatoid arthritis, and a corticosteroid such as dexamethasone, can cut deaths in the most severe COVID-19 patients by almost half.

This effect on mortality has been identified in hospitalized patients with hypoxia - oxygen deficiency - and "significant inflammation" who have required invasive mechanical ventilation, according to a statement issued by those responsible for the Recovery trial, led by the University of Oxford. In June 2020, the Recovery trial already showed that dexamethasone reduces death in severe COVID-19 patients. Now it is confirmed that if tocilizumab is added to this corticosteroid, the results improve.

In the case of people admitted who only required non-invasive oxygen treatment, deaths decreased by around a third after using both drugs.

The same large-scale clinical trial, with the collaboration of the UK public health system, had already detected in June that dexamethasone, a low-cost substance that reduces inflammation, contributes to saving lives among the most seriously ill patients of COVID-19.

Researchers have now determined that tocilizumab, given intravenously, can reduce mortality by itself by 4%, and that its effect is amplified when used in combination with the corticosteroid.

Their results are based on a randomized study in which 2,022 patients received the arthritis medication and another 2,094 were treated with the usual care. The results indicate that 596 of the individuals who received tocilizumab died within 28 days (29%), compared to 694 of those who were not treated with that drug (33%).

These figures suggest that for every 25 people treated with the drug, one life was saved, according to those responsible for the trial.

Tocilizumab also increased patients' odds of being discharged within 28 days, from 47% to 54%.

"Previous trials with tocilizumab had shown heterogeneous results and it was unclear whether patients would benefit from that treatment. We now know that the benefits of tocilizumab extend to all COVID patients with low oxygen levels and significant inflammation," he stated. Peter Horby, Deputy Head of Research for the Recovery project. "The dual impact of dexamethasone and tocilizumab is impressive and very welcome," he stressed.

Martin Landray, another of those responsible for the clinical trial, pointed out that this combination of drugs "improves survival, shortens hospital stays and reduces the need for mechanical ventilation."