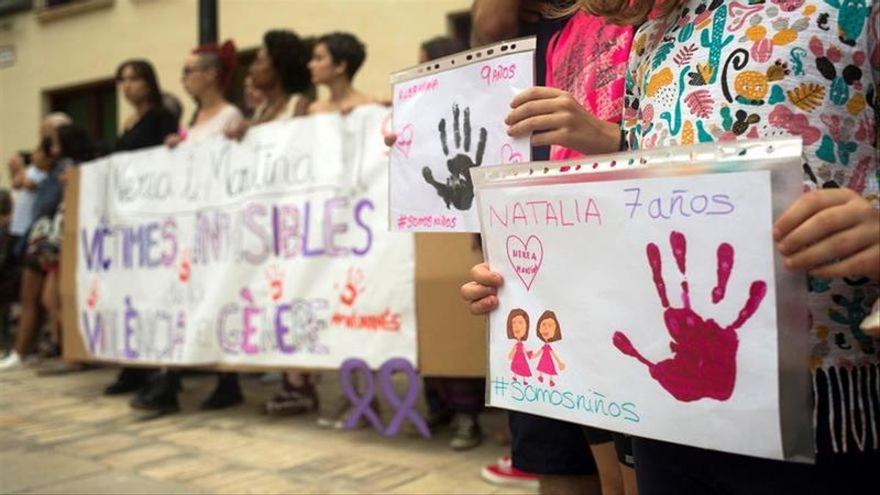 "You'll see what happens to girls", "I'll take away what you love most". The men who uttered these words and others of similar intent ended their children's lives shortly afterwards. These are some of the threats compiled by the first study on extreme vicarious violencewhich analyzes a total of 50 cases of minors killed with the aim of harming their mothers that have occurred since the year 2000. In 82% of the cases, the aggressor was the biological father of the child and half occurred when they were in their exclusive care: 44% during the visiting regime, and 4% in the exercise of shared custody.

These are some of the data revealed by the Vicarious Violence report. An irreversible blow against mothers, coordinated by the Women's Association of Feminist Psychology with the support of the Ministry of Equality of the Junta de Andalucía. From a sample of 400 minors murdered at the hands of their fathers or their mothers' partners, the study has identified that 50 correspond to the so-called vicarious violence, a term coined by the psychologist Sonia Vaccaro, the main author of the analysis. "It is a form of gender violence that takes daughters and sons as an object to continue mistreatment and violence against women," she describes.

The study has compiled the main characteristics of the aggressors and the circumstances in which the crimes have occurred: 72% are between 30 and 50 years old and more than half, 58%, do not have a criminal record compared to 26% who do (no data on the rest). Of the latter, six out of ten are for crimes related to sexist violence. In 60% of the cases there were immediately prior threats against the woman or the children. In one of them, the woman says she did not hear him directly, but the person who accompanied them to deliver the minor to the father heard him say "Say goodbye because you will not see him anymore." As for the victims, 64% were under five years old and 27% under ten.

Regarding the moment in which these murders occurred, the report highlights that in 44% of the cases, the aggressor killed the minor during the visitation regime and in 4% during shared custody. In 18% during some situation of cohabitation, generally when he was caring for the children and the mother was away from home, and another 18% during or after a fight. In 10% of cases, the aggressor fails to comply with the agreed visitation regime to commit the murder. In addition, 30% of the aggressors took their own life after the crime and 18% tried to do so.

"It is the worst of gender-based violence, when the aggressor decides to do the worst damage to the mother, take the life of her son and condemn her to continue breathing," said the spokeswoman for the mother whose ten-year-old son was assassinated last Sunday in Sueca. The case is already in the statistics of murdered minors, which have risen to 47 since 2013. However, the authors of the study differentiate this category from vicarious violence. "They are murders in the context of gender-based violence. Not all of them are vicarious violence. We have studied the 50 of the analysis one by one and in these we identified the sine qua non condition that the intentions to harm the mother be clear," he declares. Vaccaro.

According to the researchers, vicarious violence occurs when the abusers "cannot access the woman to continue with power and control over her", either because she has been separated or because there are protection measures. For this reason, "they exert violence on their sons and daughters, whom they take as objects, to harm them."

The study also reveals that, as is usual in this type of violence, most of the victims had not previously reported it. Although in 74% of the cases it is identified in the sentences or in the newspaper library that there was a previous situation of sexist violence, only 24% had filed a complaint. In ten of the 50 cases, the authorities were alerted in some way to the risk that their sons or daughters were running. "In none of the cases analyzed were protective measures established for girls or boys," says the report, which includes cases such as that of Angela Gonzalez Carrenofor which the UN condemned Spain, or that of Itziar Prats, for which the State has recognized "a global failure".

The report evaluates in how many of them the non-acceptance of the divorce or the separation by the aggressor could be one of the triggering causes of the fact, something that the researchers have found in 52% of the cases.

The investigation highlights that the murder of minors is the most extreme manifestation of vicarious violence, but it is not the only one and can also be directed against other people in the environment or pets. In one of the cases in the sample, in fact, the aggressor, in addition to killing the victim's son, murdered his mother and his father; and in another he ended the life of one of his brothers. For years, only in 2007 and 2009 no case was registered, warns the report.